A router lift is something that will greatly improve the function of any router table. Having the ability to easily adjust the bit height from above the table is something I have long wished I had. I started researching router lifts about a month ago and realized that they can be pretty pricey. The least expensive lift I found was around $150. Thats about double the money I had in my crappy skill router. Then It dawned on me…build one!

Over the years I have seen several homemade lift designs. I chose the design by John Heisz at ibuildit.ca based on a few factors. First, I dont have a band saw or any decent way of cutting out gears right now. An inclined plane and bearing seemed too simple to mess up. And third, I have built a few of John’s projects before and have had great results.

The build was pretty easy. As the title says, I built two of these lifts. The materials needed were one piece of 2’x2’x3/4″ plywood and one piece of 2’x4’x1/2″ plywood to build both lifts. I also needed a new router. I found these 2hp routers at Harbor Freight for $39.99 each (using a 20% off coupon). John has a complete set of printable drawings for every step of the build. I recommend putting them in some sort of binder so you can flip through them as needed. Also included is a drawing for every bit of hardware needed. Having a drafting degree, I appreciate the time and effort put into producing a great set of plans.

The best first step anyone can take in any predetermined project is to completely review and understand the plans. If you know how it is supposed to look before you start assembly than you will be less likely to make a mistake. That being said, I made two mistakes. Oh well, I’m human. Luckily they were in places that really didn’t matter and only affected the cosmetics of the build. After you understand how it works, cut out all the pieces and drill all the holes necessary.

During the build everything fell right into place like it was supposed to. However, I did not follow the plans 100%. I have a lot of 1-1/4″ drywall screws in the shop so I decided to adjust the assembly to use this one size screw for the entire build. The only way I was able to do so was use a few 5/8″ pin nails in a few spots to hold pieces steady and follow up with the longer screws on covering pieces. 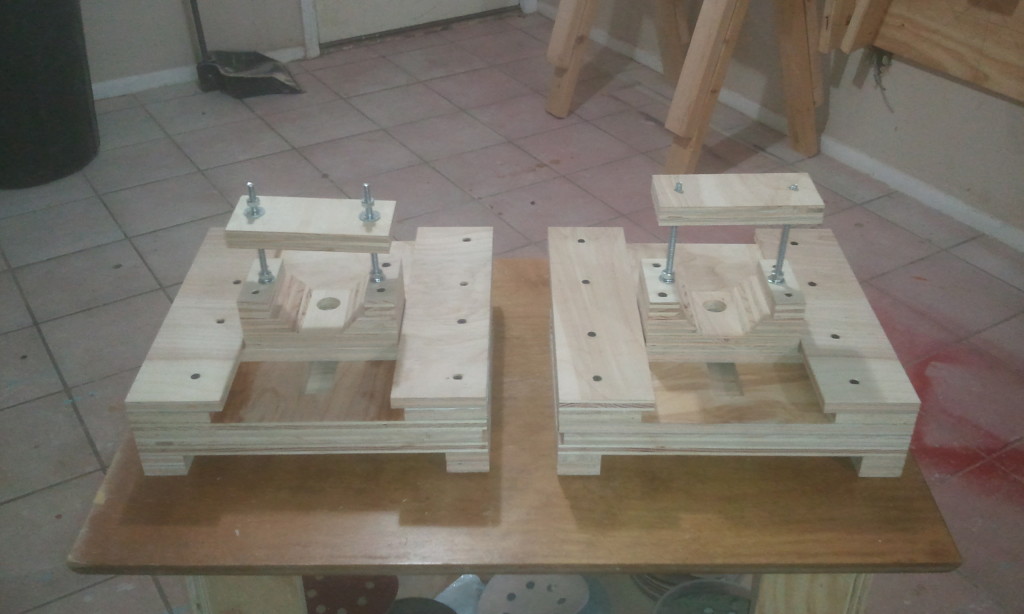 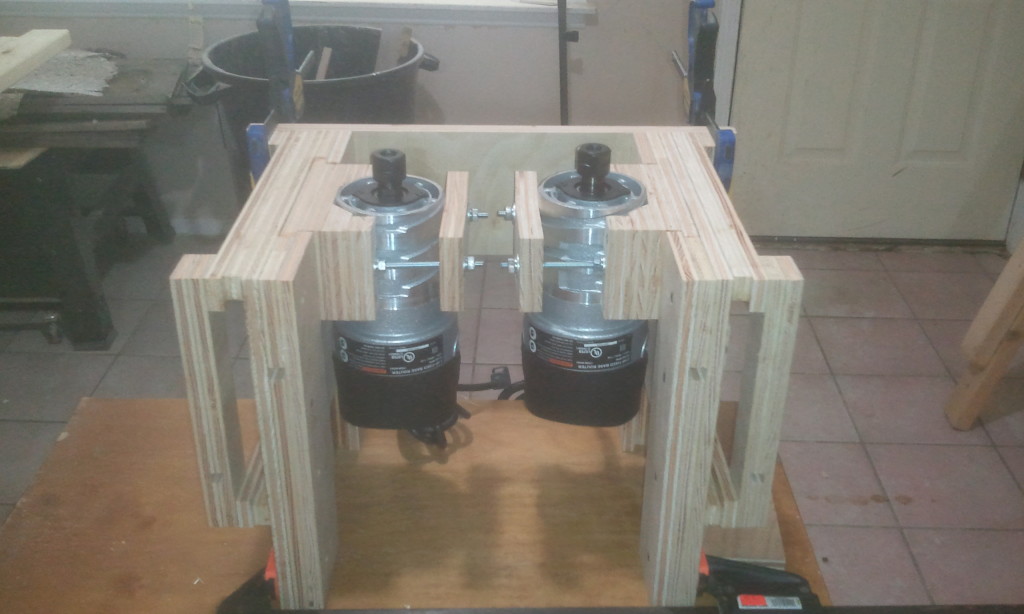 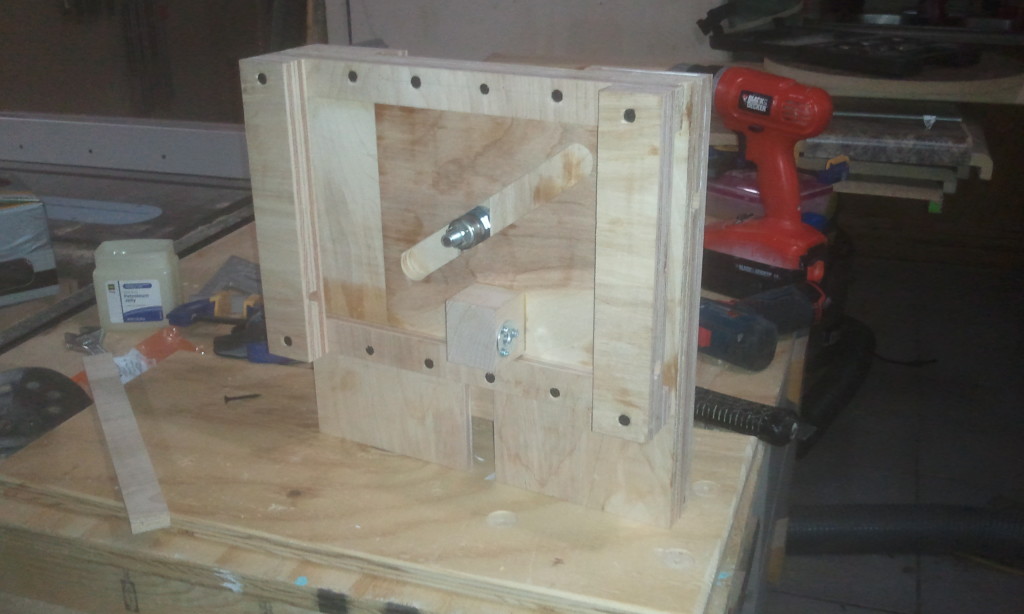 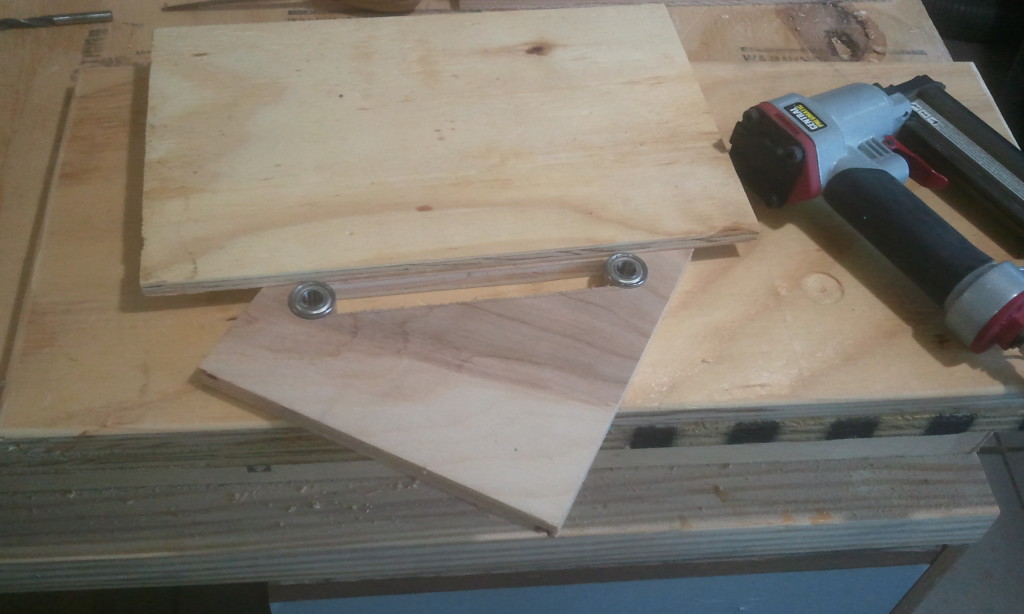 I recorded the entire build but didn’t get past editing the first half. I felt it was too descriptive and basically gave away the plans. Because it is a paid plan (incredible bargain at $10) I decided to scrap the video completely. Instead, Here is a video showing the completed project in action. With both lifts done I still have to build a top and cabinet to integrate it into my table saw station.