The old shop was fun. It was back in the bachelor days of my life. I had recently purchased some land and found a free trailer (mobile home, manufactured home, redneck mansion). It was free so long as I paid to move it. After moving it to the land and setting it up I quickly realized it was too far gone to fix up as a decent living space. I removed the destroyed paneling and most of the insulation and turned it into a dedicated work space. Looking back, It’s amazing how quick you can accumulate tools.

Starting from the right I had hardware bin storage on the wall above where I parked my table saw. 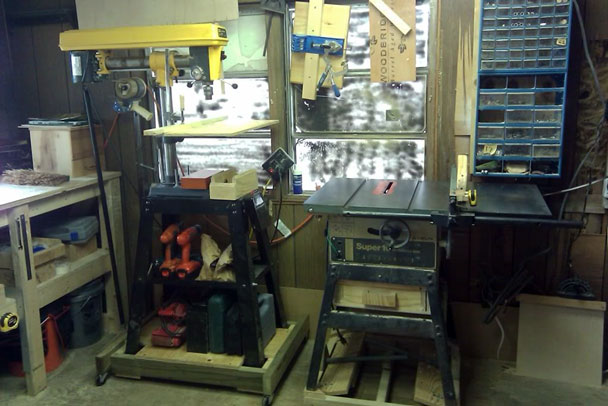 This was an old 80’s model (I think) Delta contractors saw. It was strong enough and accurate enough for everything I threw at it but still had plenty of room for improvement. The mobile base I made for it was rather odd to use. It consisted of two sections of galvanized pipe that pressed two boards into the floor. These boards had casters mounted underneath. 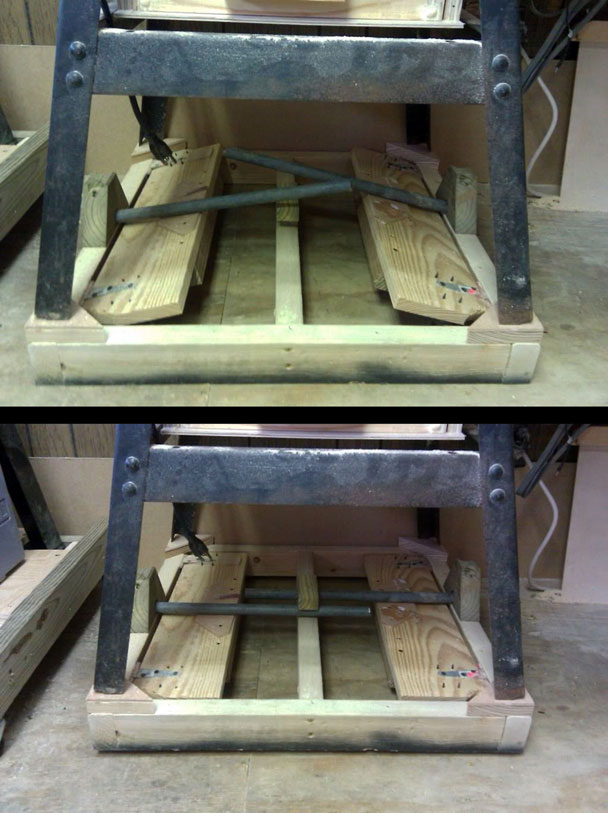 Next to the saw was my radial arm drill press. Of all the tools I have ever owned this is the one I miss the most. It had a tilting radial head that was so convenient to use. I liked the idea of tilting the head rather than the table. The drill press stand also held a lot of goodies to roll around the shop. 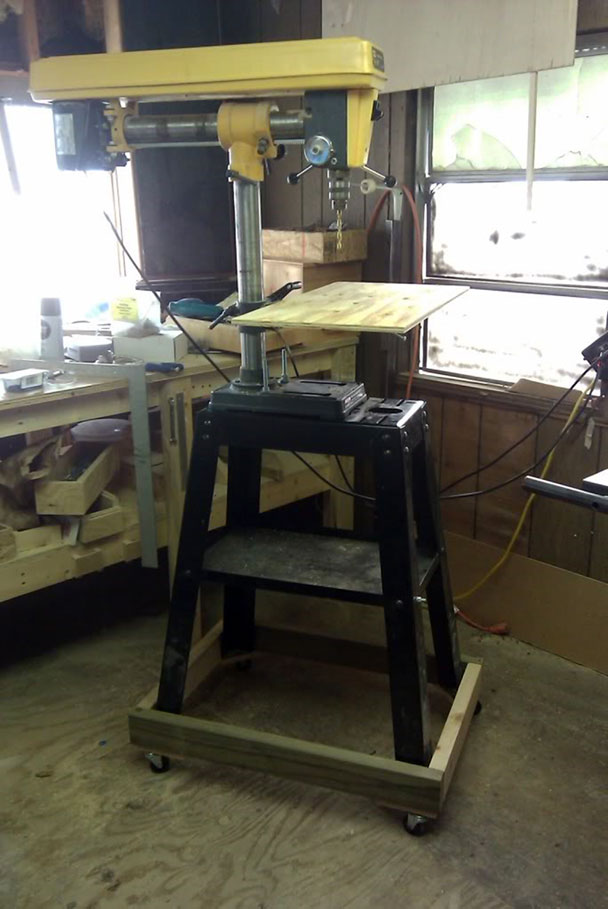 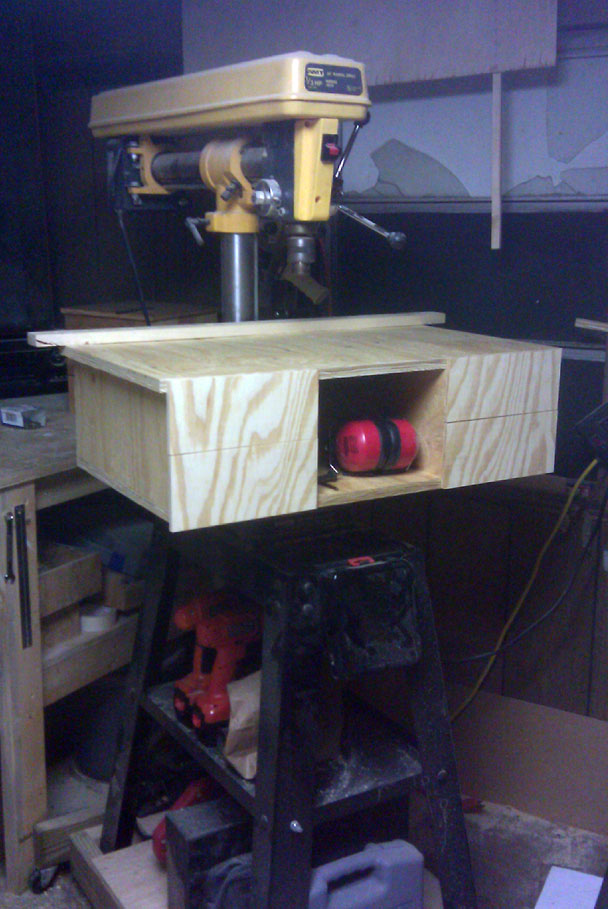 To the left of the drill press was my first workbench. I went overboard when I built this. It was too tall, too deep, and too long. My shop was way too small for this bench. It had a piece of 3/4″ plywood with a replaceable 1/4″ hardboard layer on top. I made shelves on the right 2/3 of the bench with an open space to store my shopvac or trash bin. Whatever was needed at the time. 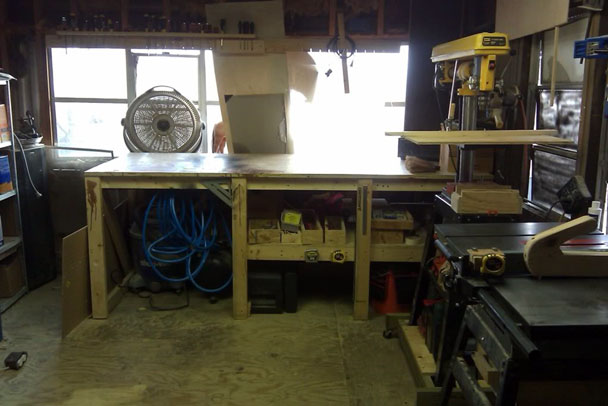 To the left of the bench is where I parked my miter saw station. This was a really crude setup but it worked well. This is also my first dresser turned miter saw station. I have since made this setup a few times. I had large casters on the bottom that I found somewhere. It was great until I had to clean the dust out from behind. Notice the tarp in the background. There was no window in there since day one. I actually lived in the other end of this trailer for 3 years. It was more like glorified camping. I enjoyed it :) 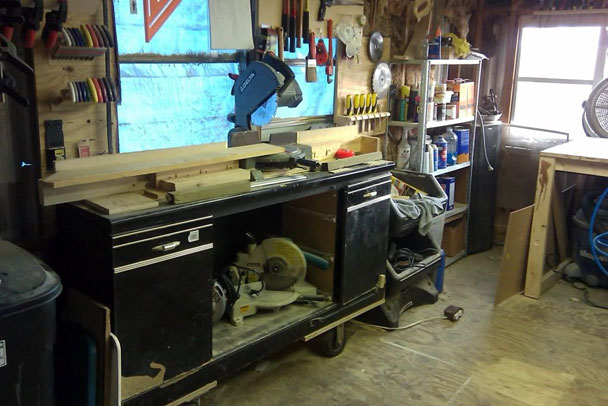 I hope you enjoyed this post as much as I have. Looking back on these pictures brings back some good memories.