When we think of material support for the table saw I’m almost positive that everyone instantly thinks of an outfeed table and very rarely thinks of the infeed side. When using larger sleds or large sheet goods having a few support arms in the front of the saw can be very beneficial in making the process easier and safer. When I’m cutting larger sheet goods I always start the saw before wrestling the material to the saw surface. It would be much easier if the material was positioned and fully supported before even starting the saw blade.

The material for the arm needs to be the same thickness as the distance from the top of the saw surface to the top of the front rail. In my case it is 7/8”. That also happens to be the exact thickness of the mattress slats I just salvaged. Two arms, two legs, and four smaller blocks need to be cut. The measurement of the leg needs to be the exact height of the front rail from the ground. The arm needs to be about six inches longer than the leg so that the leg can fold up into the arm for storage. 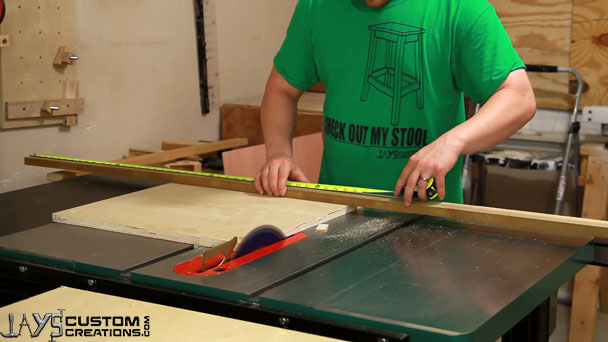 For storage the easiest thing to do is drill a hole on the end where the leg will be hinged and hang it on a nail in the wall. That’s the easiest solution for me anyway. If they are easily accessible and right next to the saw it will greatly increase the chances of these being used. If it’s not easy it wont be used. 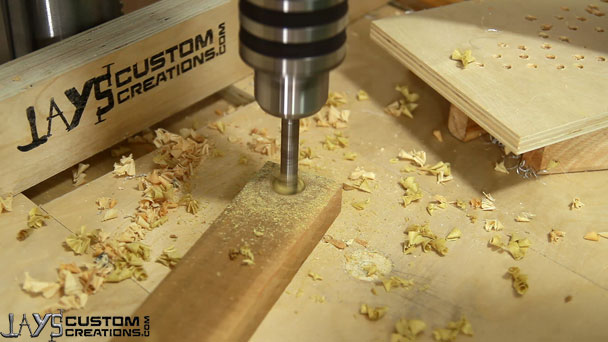 I used a pair of $1.99 hinges to allow the leg to fold up for storage. It doesn’t matter if the drilled hole is covered up in this step as when the leg is folded up it will expose the hole. At least it did in my case. 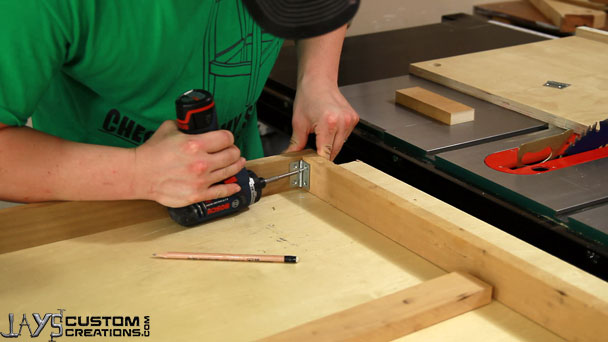 With the leg and arm hinged I pre-drilled and used two screws into each block. I also made sure that both blocks were tight against the rail when I secured them. No glue was used in this project. Just screws will be fine. It’s a good idea to make sure your blocks can slide freely in the area between the rail and the saw. That way you can place the completed support arms at any location along the rail as needed. 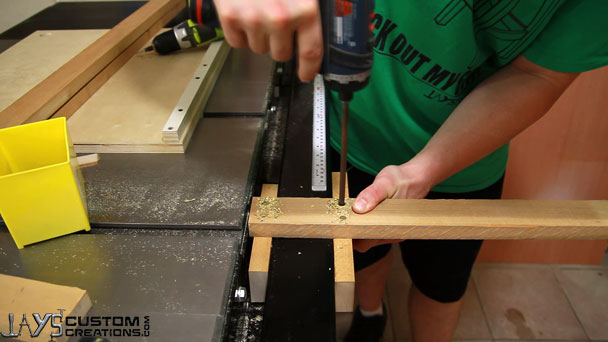 And of course I made two. Here you can see how far they extend. I believe the length of my arm pieces were 40” or 41”. 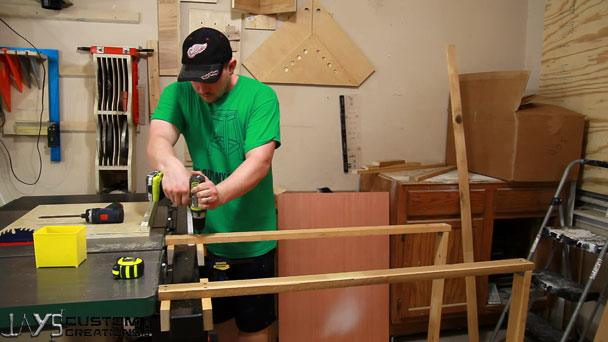 While these will be incredibly handy when working with larger heavy sheet goods they will spend the vast majority of their life hanging on the wall within a few feet of the saw. 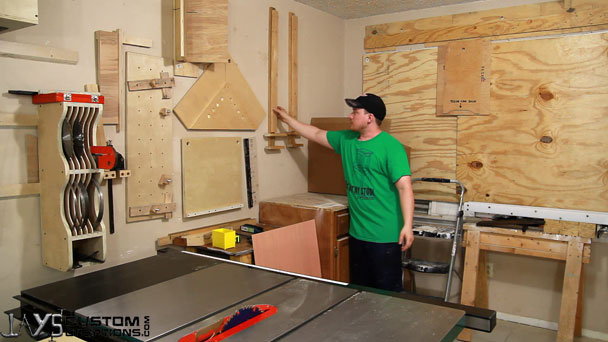 I made a test cut with these and boy are they handy. I was able to completely position the material against the fence and ready to be pushed through before I even turned the saw on. Not only is this safer than blindly setting the plywood on the saw surface with the blade spinning but it is also much easier to line up the material and slide it forward. These should pretty much eliminate any struggle against gravity when cutting down heavy stock such as MDF. 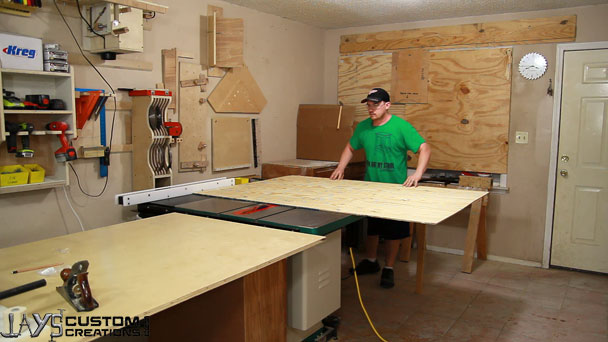