I’ve always been one to jump the gun on good news. Most of the time it comes back to bite me in the butt. Once I start telling other people about good things that are about to happen something always comes up so that good thing ends up not happening. Well, I’ve been holding this one in for a couple months. My awesome wife and I have finally purchased a house. I started the move on Thursday and as I write this on a late Sunday night I’m all moved and about 3/4 of the way unpacked. You don’t realize how much junk you have accumulated until it’s time to move it!

For those interested here’s a little info on the house itself. The house is on .87 acres just outside the city limits which means it’s soooooo much more peaceful at night. Nothing but crickets, frogs, and an occasional distant dog bark. It’s got a small fenced in back yard for the dogs to run around and the entire back yard is shaded from a few old oaks and pines. The fence doesn’t extend to the full property line so my wife and I want to eventually (probably next summer) build a wood privacy fence to run along the perimeter of the property in the back. It’s been vacant for a few months so the landscaping is a little grown up. It’s a three bedroom two bathroom house. We agreed that we won’t purchase any new furniture for the other rooms and instead I’ll just build everything. So that means a bunch of furniture project videos. The house also has a room that I’m calling the sun room. I’ts a 12′ x 12′ room that separates the main part of the house from the garage. It’s an absolutely perfect space for multiple reasons. The north facing windows will never receive any direct sunlight because they are on the north side and the south facing windows lead to the back deck which is covered so no sun comes in from that direction either. And it distances the main living area from the garage which should help reduce noise in the house. 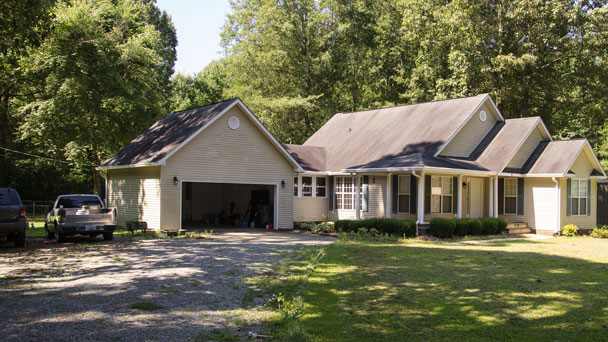 The two car garage will soon become my workshop. I have yet to measure it but it looks to be 20′ x 20′. The main work area in the apartment shop was 11′ x 21′ so it’s a little bit bigger than what I’m coming from. Because my current layout seems to be working out pretty good I think I’ll just duplicate the layout to the left side of the garage and build a decent size work bench on the other side. Before I can move all of the tools over I need to upgrade a few things. I’m planning on adding a few 8′ strips of T8 fluorescent light fixtures. Not exactly sure how many yet. I may end up just putting two or three and running wires for any other lights that I may need down the road. The concern with the lights isn’t necessarily for the woodworking itself. It’s more for the video aspect. I also need to run three 120v lines and one 240v line. The three regular lines will be for the dust collector, any electrical tool I’m working with, and the last one will be for any floor lights. Luckily this will be a pretty straight forward process as the electrical panel is located on the back wall of the garage. 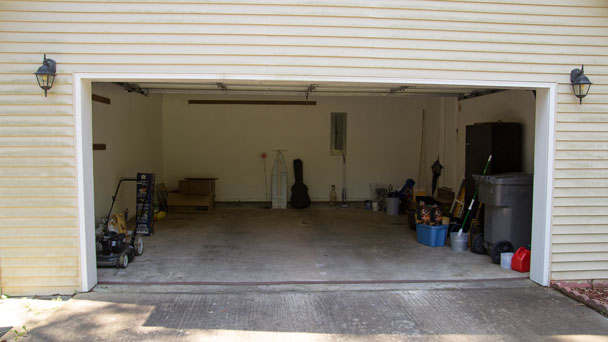 I’m not in the position to go full time online so I still have my day job. That means I can still use the apartment shop until my new space gets setup. I want to have the electrical and lights done before I make the shop move. This time last year I was unable to make a video for three consecutive weeks due to busy season at work. This year I still have busy season to contend with and I’ve added the house move/upkeep and the new shop preparations. That means things might temporarily slow down with my website articles and videos. But that’s just temporary so stay tuned. Lots of fun stuff planned at the new place. Have a good one folks! 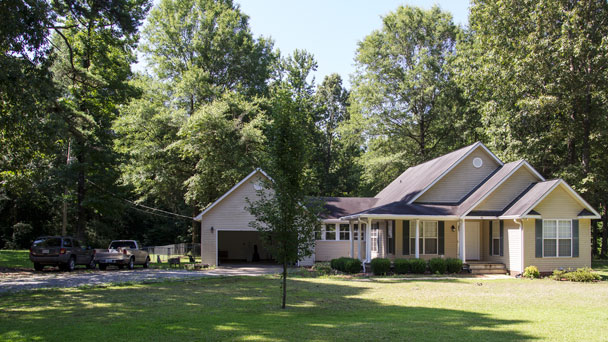