It’s been six months since I got my lathe. After getting it I immediately built a generic shop cart for it. I wasn’t entirely sure how I was going to be using the cart long-term as I never had a wood lathe before so I didn’t make any customizations to the cart with the lathe in mind. I was mainly planning on building a solid foundation that could be modified later.

Fast forward to this week. I was kept out of the shop for the majority of the week due to an infection in my foot. Nothing major but I couldn’t put any weight on my left foot. Fortunately, that has since healed enough for me to have at least one day in the shop so I figured I would get some easy work done and knock out a few things that have been on my To-Do list for a while.

I focused on the lathe cart and lathe area of the shop. Before making any changes here is the starting point with the lathe area. 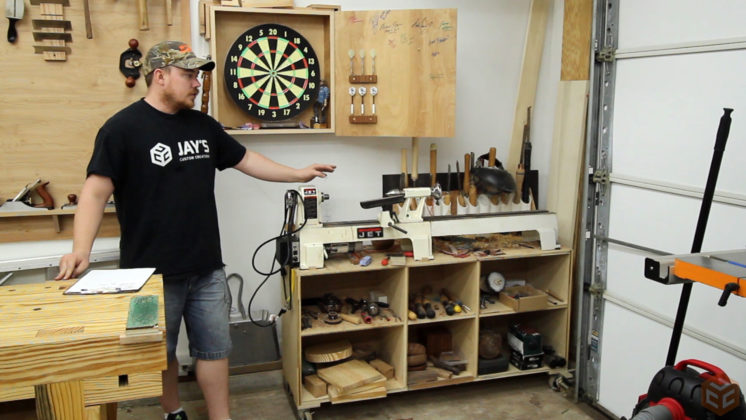 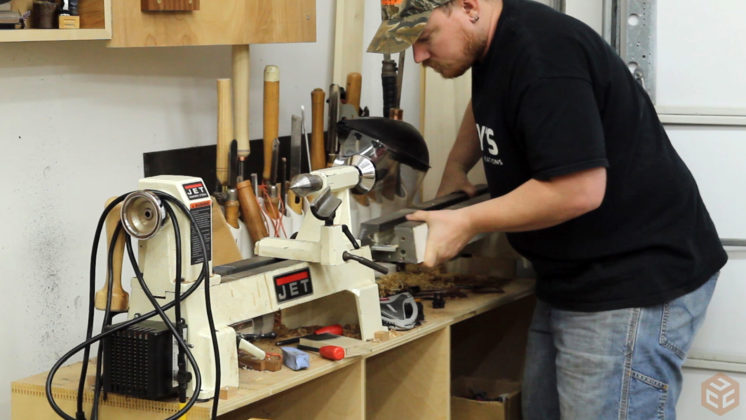 I previously built a lathe tool rack and put it on the cart on the right side. It’s less than ideal in that location for a couple of reasons. First, it makes cleaning off the cart a bit cumbersome. Second, when using a bowl gouge on the inside of a bowl the tool rack is almost always in the way. So this means it needs to find a new home. 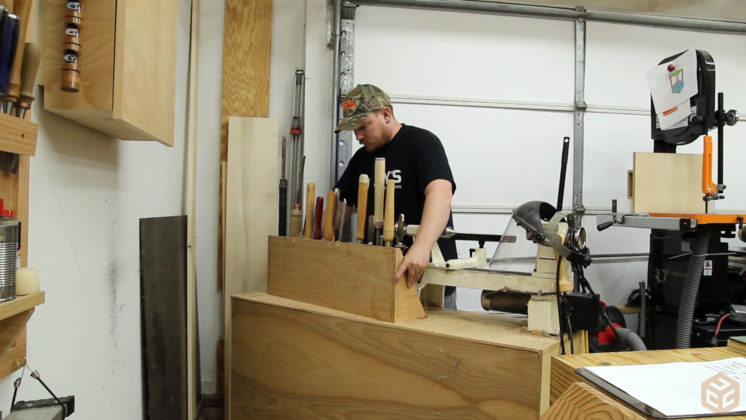 Before relocating it I needed to add a floor to the rack so that the tools would have something to sit on. This also doubles as a shelf. 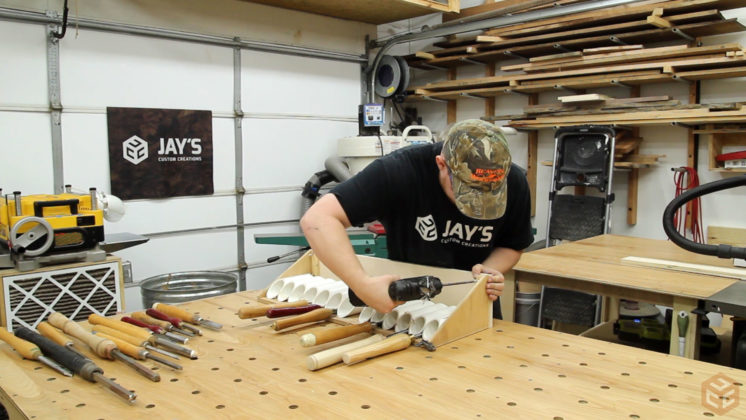 The best location I could come up with for the lathe tools is on the wall. It’s not a big deal to walk over and grab whatever tool is needed as I have to do the same thing for my hand tool wall. This also makes the sharp points of the tools a little more difficult to accidentally injure yourself on. 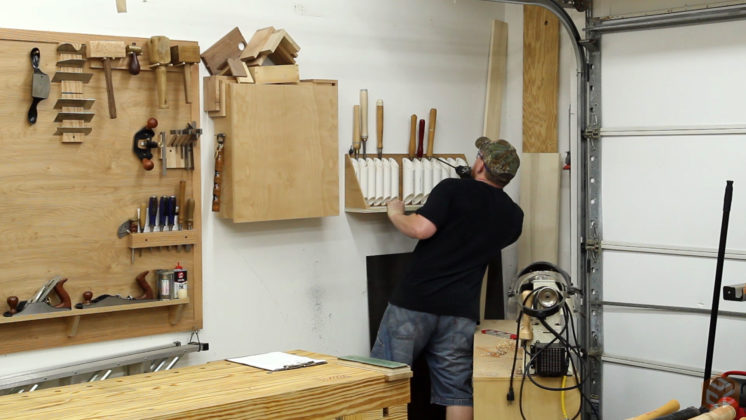 The shelf also holds a few other items. 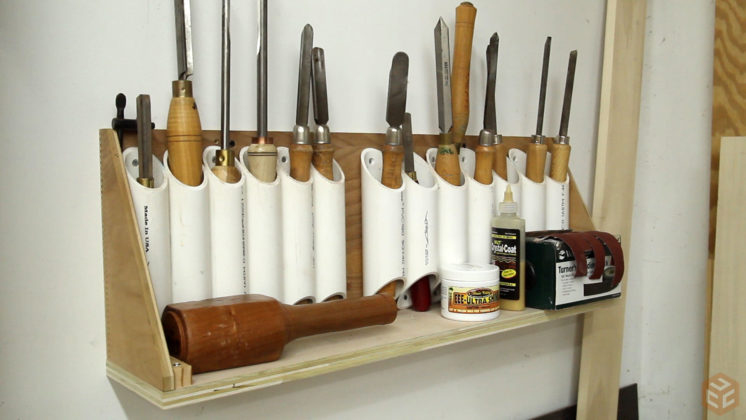 My grinder is almost exclusively used for lathe tools. Because of which, it makes a lot more sense to have the grinder right next to the lathe instead of on the other side of the shop. 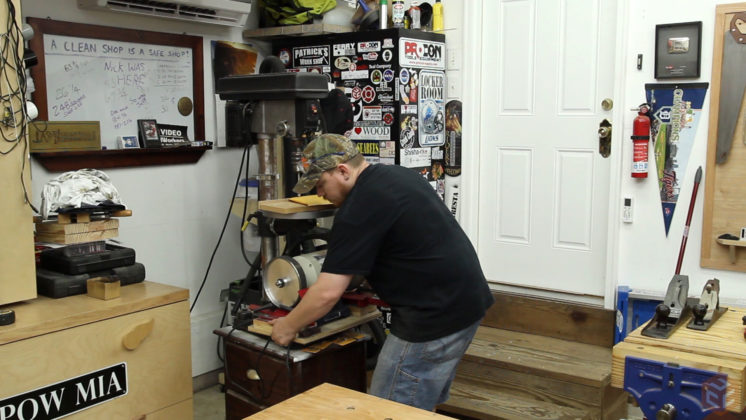 It’s new home is right next to the lathe. I secured it to the lathe cart with one screw. That means if the bed extension needs to be installed temporarily then I only need to remove one screw to remove the grinder and make room for it. 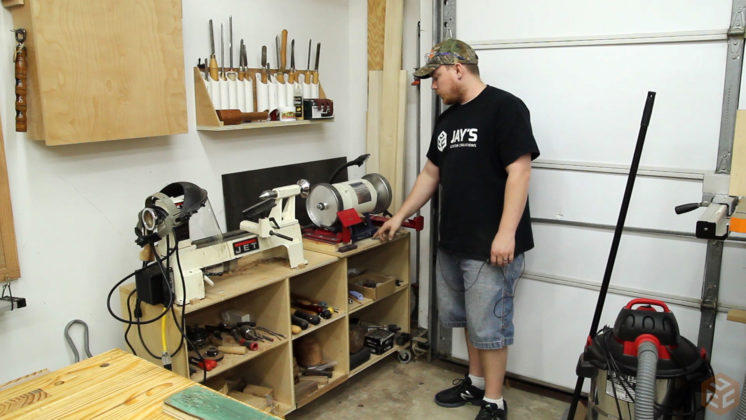 Next up is a couple drawers. I used a few small pieces of 3/4” plywood for these. 3/4” is a bit overkill for drawers this size but I was trying to use up pieces that have been floating around for a while. 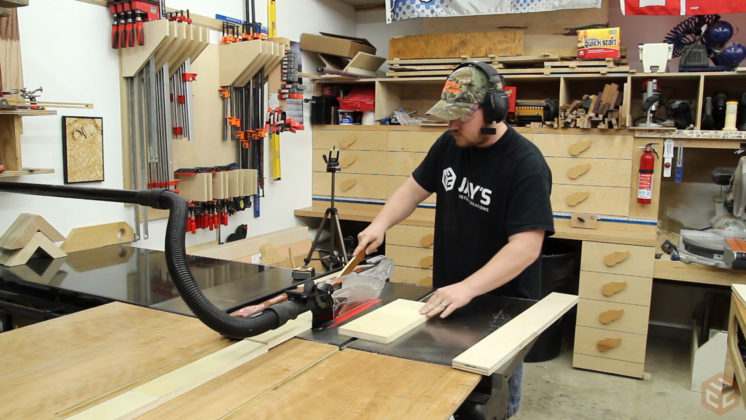 Simple construction. Glue, brad nails to hold everything temporarily, and screws to lock everything together while the glue dries. All butt joints. 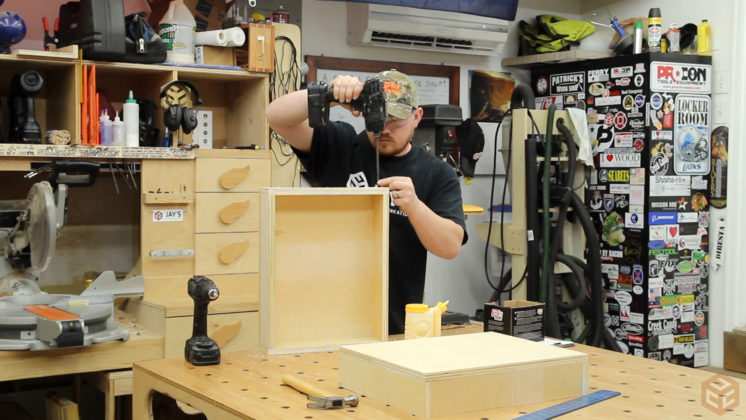 I used some salvaged 14” full extension drawer slides for the drawers. To make things easy I mounted them as high as possible and as far back as possible. It’s probably the easiest drawer slide mounting session I’ve ever had. 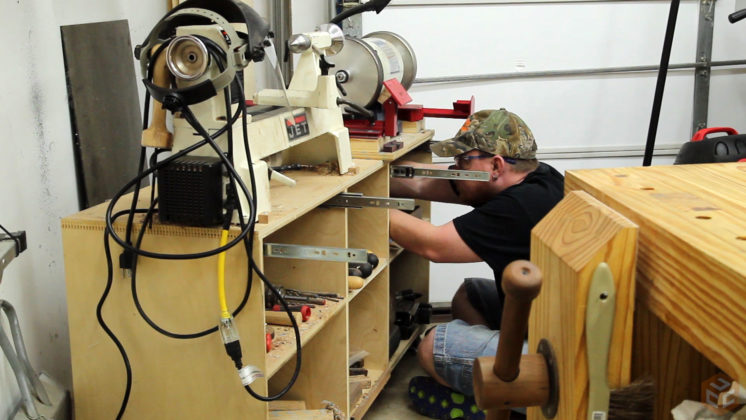 To hold the drawers in place I used quick clamps that were overhanging the top edge of the drawer to act as a shelf to hang onto the drawer slides. Then three screws were used to secure the slides to the drawers. 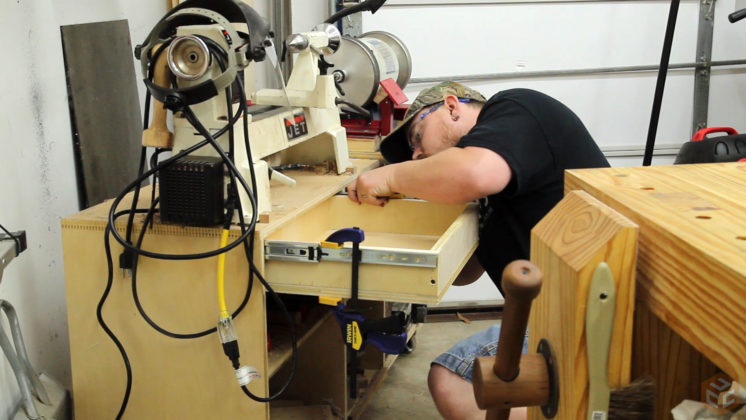 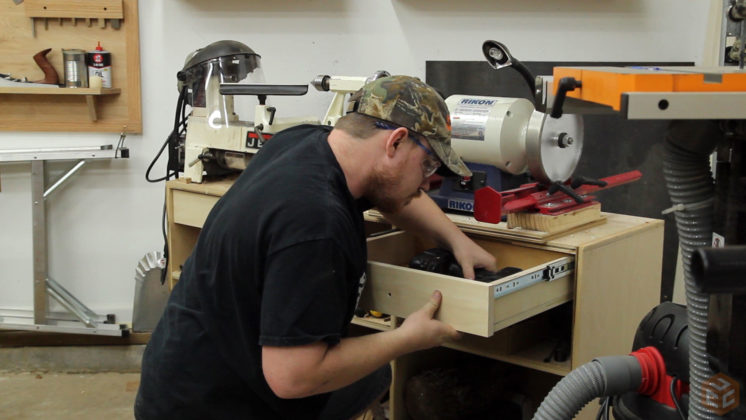 The original screw in the middle can be removed and a salvaged drawer pull is installed. 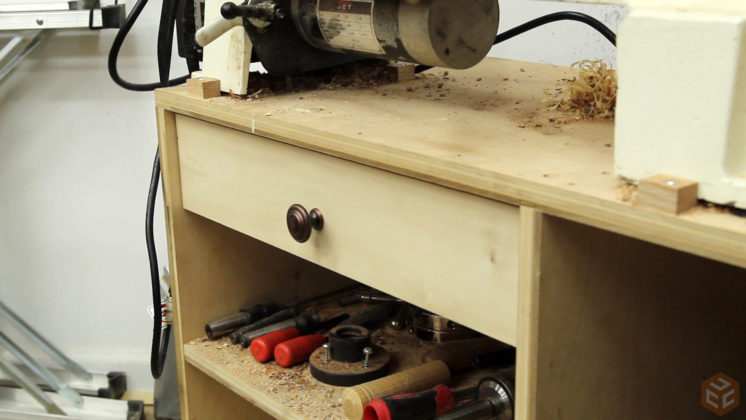 The inside of the drawer can be organized a lot more with some dividers or tool holders but I’ll save that for another day. The main thing is that all of my headstock and tailstock items are not in a drawer which will prevent them from being covered in a layer of wood chips. 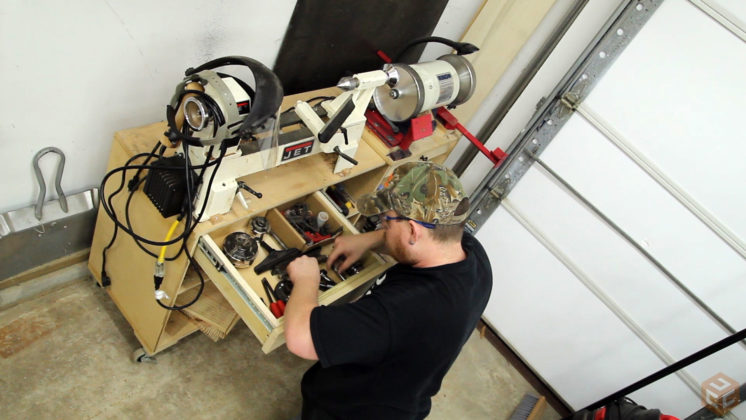 And that’s a wrap. A few non-pressing items knocked off the To-Do list and one step in the right direction of a more efficient shop space. 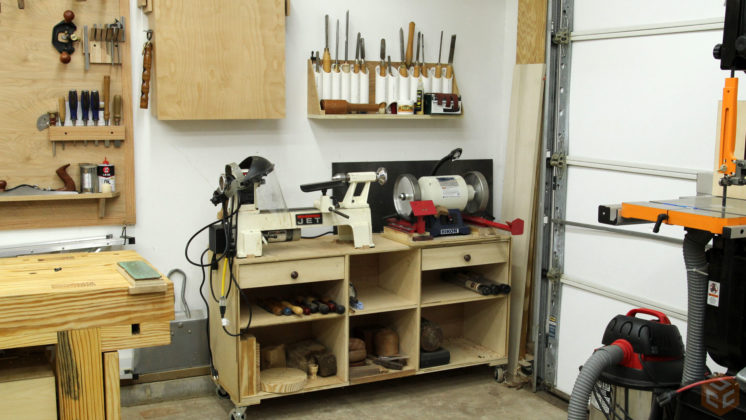