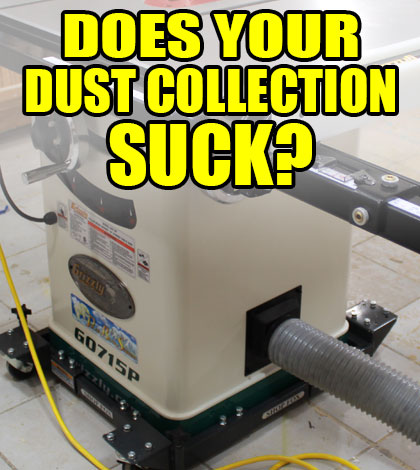 More often than not dust is hard to control in a wood shop. I just got a new table saw and while it does come with a 4” dust collection port it’s not incredibly optimized for dust collection. The steps I refer to below may not be 100% applicable to your saw but the general idea is the same. I do have some extra ideas at the bottom for other types of saws. Hopefully this may be of some help to someone.

In order for table saw dust collection to be effective with a dust collector you need to direct the air movement, not block it off. To do so I purchased some magnetic printer sheets and closed cell (I think) foam pipe insulation. Way too much pipe insulation actually. After going to several places in town the only place I could find the magnetic printer sheets were at Walmart in the office supply area next to the resume paper. I hate giving my money to Walmart but that’s a topic for another day. Less than $10 total was spent. 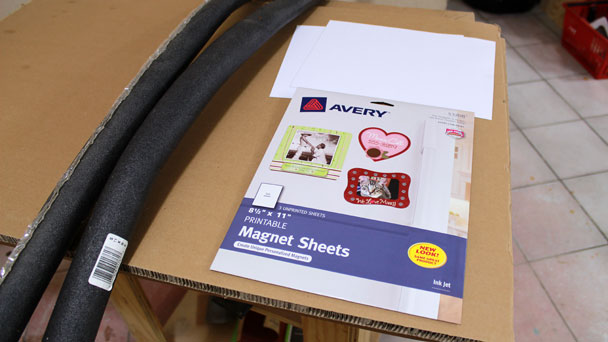 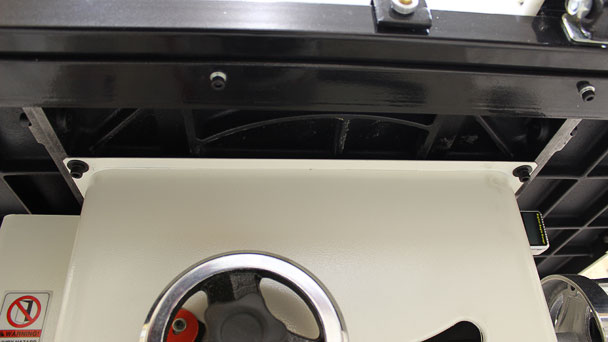 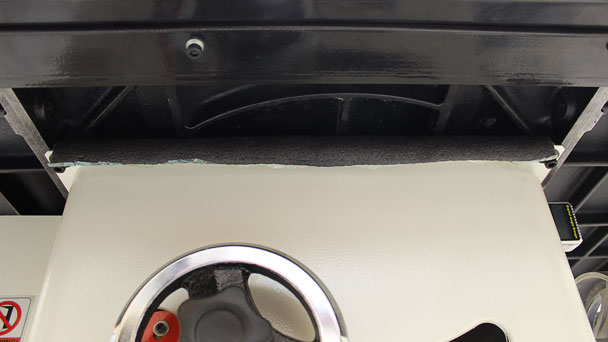 This immediately helped a bit at the insert plate. I could now feel a very slight draft. So I went to the back side to do the same. The back has an access box that sticks out slightly and to each side there was a large opening directly into the cabinet with very little cast iron webbing in the way. I had to over expose these shots so you could actually see the cast iron. 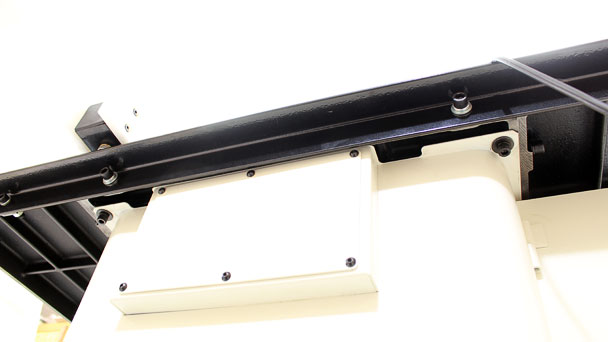 I tried to block this area with the pipe insulation as well but didn’t have much luck. Using it in a single layer felt like it wasn’t sealing anything off and I couldn’t get any in at all when it was folded over. Blue tape to the rescue. I know that blue tape will probably fall off in a week or two but using it temporary will at lest let me know how effective blocking this area off will be. 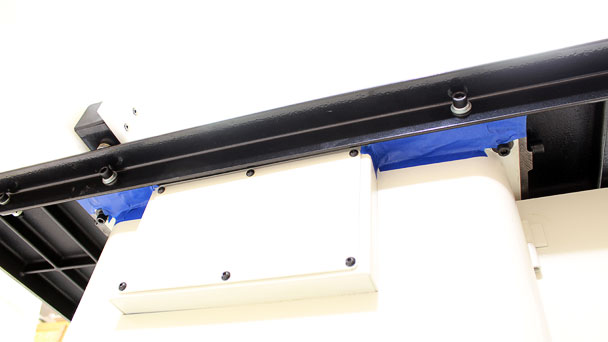 Both the left and right side of the cabinet meet the table top with a constant connection all the way across so no modification is needed there. The next area is the slot where the lift handle comes out of the front of the cabinet. 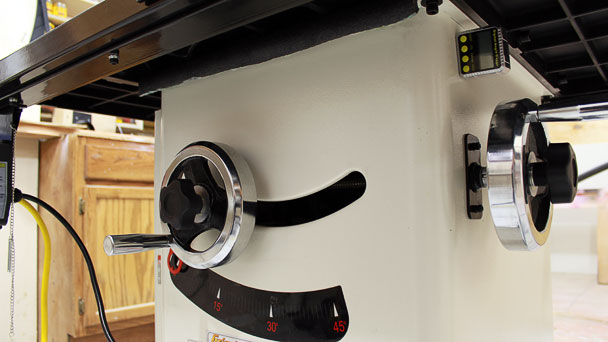 I picked up this technique from watching Ronald Walters on YouTube (video below). To block the slots easily with no modification to the table saw I used the magnet sheets. Mine came in regular 8-1/2” x 11” paper size so one sheet cut in half was enough for this. Half to block the larger side on the right. 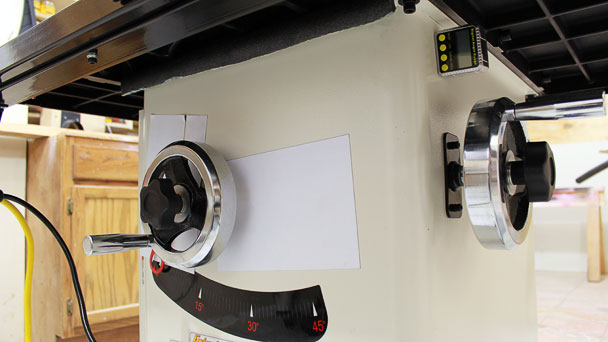 And one half with a slot cut in it to block the smaller side to the left. 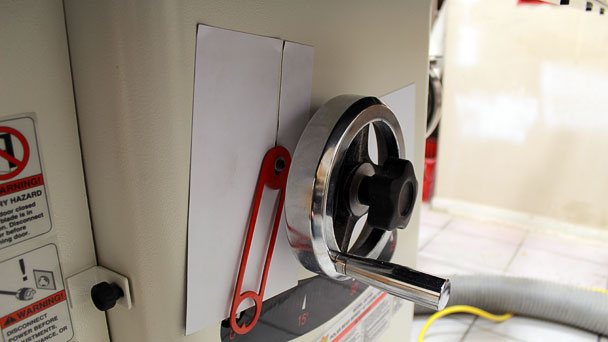 At this point I was getting great air flow through the insert plate. So I focused on tidying up the inside. Here’s a shot through the motor door on the side and down to the dust collection port. The sloped tray looks to be at about a 10 degree angle but it doesn’t sit flush with the cabinet which allows air to be pulled in through the bottom of the cabinet. 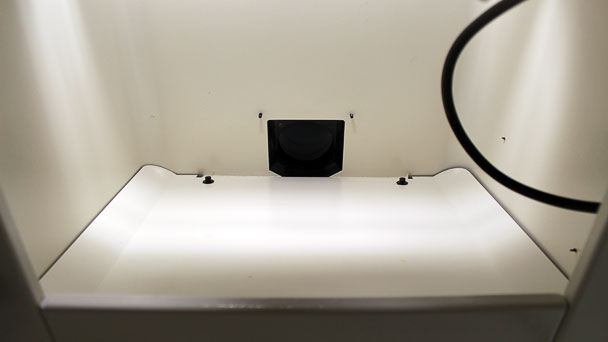 I already sealed this off once when I first put the saw together but I didn’t clean the metal first and some of the tape was pealing off where the cabinet felt slightly oily. So I ripped it off, degreased the metal, and taped the seams off again. The tape seems to be holding a lot better this time. Again I’m just using blue painters tape because It’s what I had available. It will let me know how things are working and if it fails I can replace it. 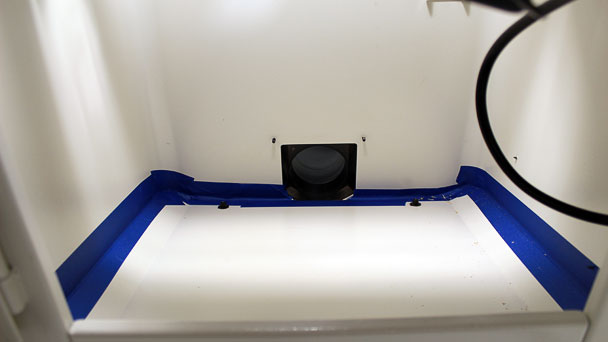 So after these easy modifications I can tell a significant difference with how much air flow is at the insert plate. Remember that the goal of dust collection is not to restrict all of the air but to direct it. Here’s a shot looking at the seal where the motor door meats the cabinet. As you can see there is a visible gap that runs the entire perimeter of the door. There are also 3 slots in the face of the door for air flow. This will allow enough air into the left side of the cabinet to not only help cool the motor but also create a left to right draft that will direct airborne dust to the dust collection port. 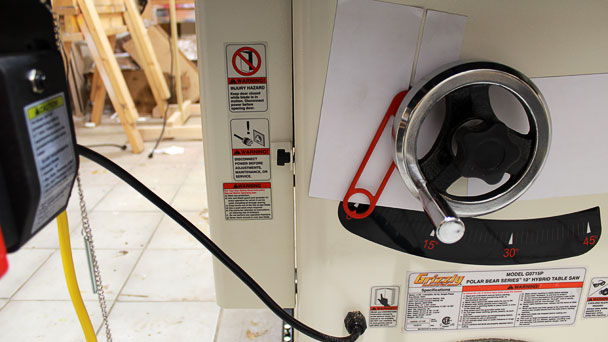 While I didn’t do any measuring of dust before and after I can definitely tell that more dust is being directed down into the cabinet just by making these simple non destructive modifications. Especially on cuts where you’re just shaving a slight amount off of one side of a piece. It’s still not perfect as I have no over the blade dust collection, and never plan on having any for that matter, but it is much improved. Below are some other table saw dust collection ideas that I thought I would include as well.

This was my first table saw with a cast iron top. I had two different variations of dust collection for this saw. Before I added the mobile base that you see it sitting on I had a deeper square box with no bottom that extended to about 10” off the floor with a collection bin that just slid under. This was the best dust collection I had on that saw. When I added the mobile base that obviously had to go so I made a shallow drawer to fit in the stand opening. This was better than no dust collection at all but not as good as what I had before. I believe the larger area works better due to the fact that the blade naturally throws the dust down. With a smaller area you have a greater chance of the dust kicking back up. 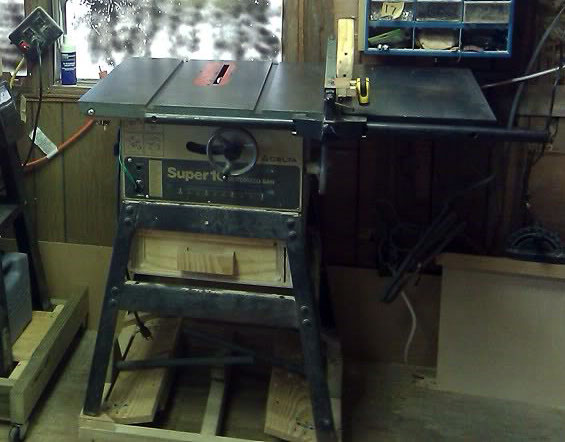 Ronald has a larger Grizzly cabinet saw than I do but this is the video that gave me the ideas to better my dust collection.