Last week I built my quick release router lift and this week I made an extension wing for my table saw to mount the router lift to. If you haven’t already you might want to check out that project before this one as the actual plans for this wing are included as part of the router lift plans. My last router table was built specifically for my last shop. It had a French cleat on the back which allowed it to be mounted to a waste height French cleat on the wall. It worked great in the last shop but in this shop I really didn’t have a decent place to use it. So it just sat and collected dust for the past 6 months.

I previously had a table saw mounted router table but my main issue with it was breaking down the router table setup to use the table saw. With the stop block incorporated into the new router lift that is no longer a problem. So for that reason I decided it would be best to save shop space and put this one back in the table saw. I’m not sure if I have been making projects that don’t utilize a router table because that just happens to be the design outcome or if subliminally I have been designing projects that can be completed with out the use of a router table because in the back of my head I knew I didn’t have one. Either way, completing this should allow me to complete router table tasks much more easily.

I do have plans available for those who are interested in this entire router table setup. The materials cost me about $50 and I picked up a 2HP Drill Master router from Harbor Freight for $39.75 plus tax (using one of their common 25% off coupons). A router table with a router lift and a router for about $100-$110. I’d consider that budget friendly. Detailed plans are available at the bottom of this article. 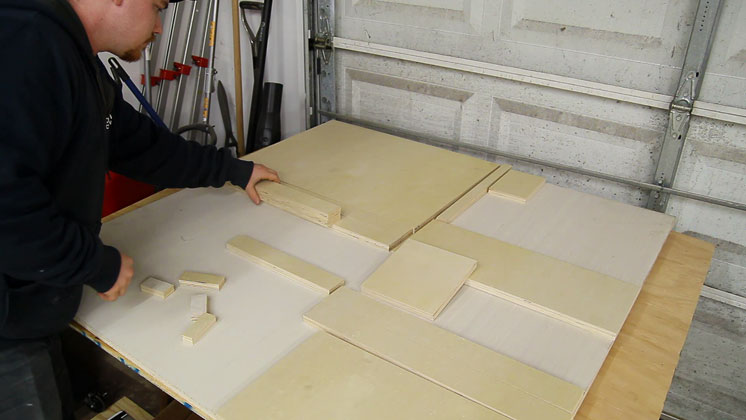 I often get asked what kind of plywood I am using. For this one, and most of my other shop projects, I used a 11 ply 3/4” Blondewood plywood from the blue store. It’s primed white on one side and I think a natural birch on the other side. While this stuff is a huge step up from cheap pine plywood I do wish I could get a hold of a little better quality plywood for around the same price. I’ve heard good stuff about Purebond plywood so maybe I’ll make a trip up to the orange store one day and get some. 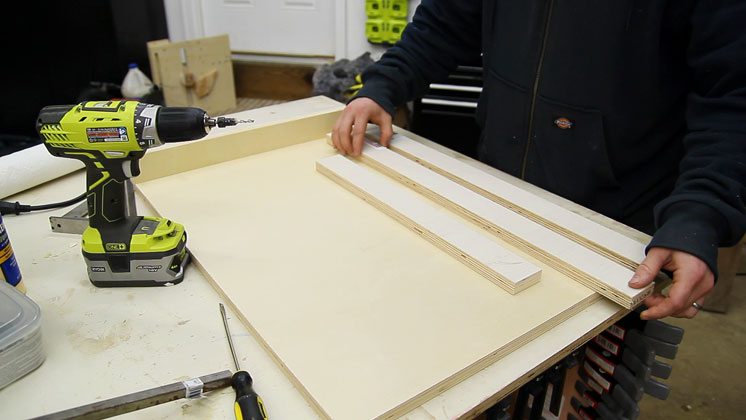 Simple is the name of the game. Just glue and brad nails to complete the box structure. 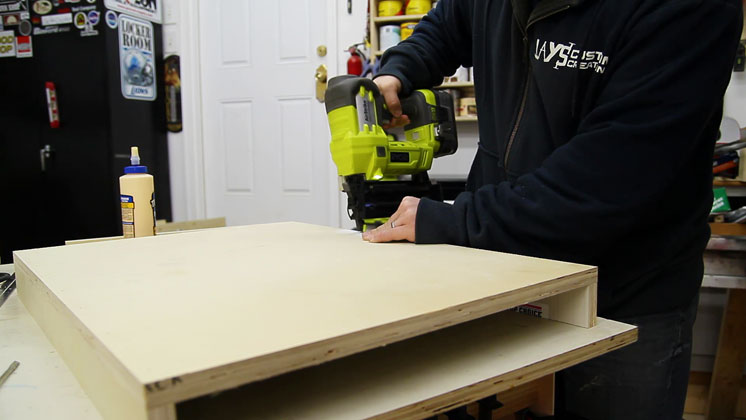 With the insert plate cut to its final rectangle size I located it on the surface according to the plan and marked the perimeter with a pencil. 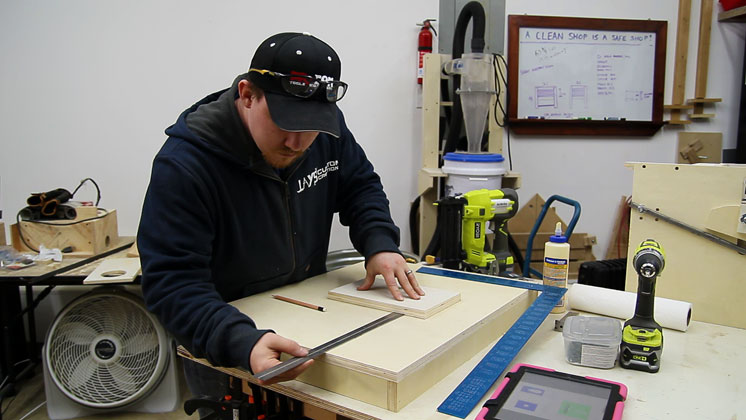 And then cut close to the line with a jigsaw to remove the bulk of the interior material. 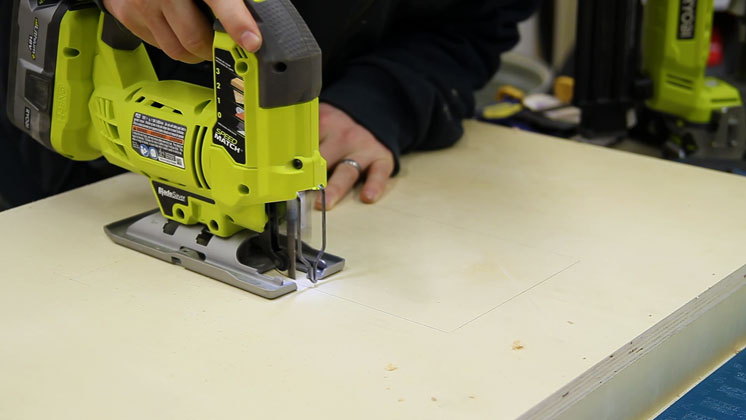 Previously I used pocket holes to make a guide frame when cutting insert plate holes. For some reason I chose to use double sided tape instead. The tape worked great but unfortunately I was left with a lot of sticky residue that took about an hour to remove with a chisel. 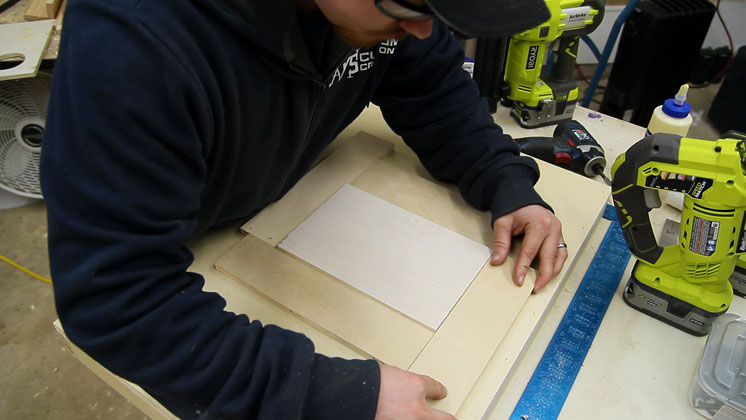 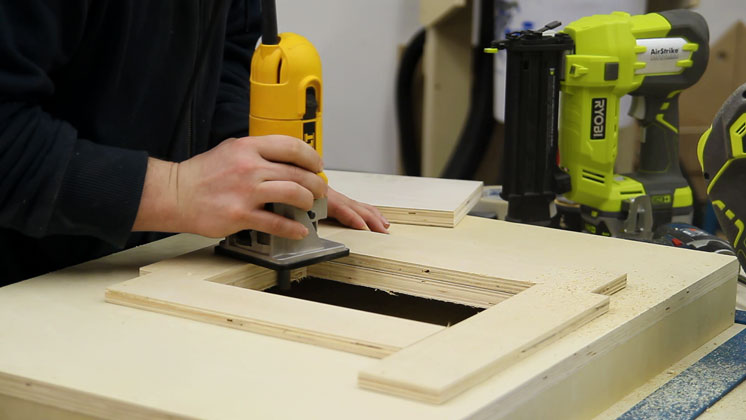 The router lift will be mounted to the bottom side of the extension wing. When you drive screws into a material without predrilling the material will mushroom out just a little bit so I predrilled countersunk holes into the top of the router lift. That way after the screw goes through the router lift and starts to go into the extension wing the mushroom that will be formed will have a little bit of expansion room into the countersink thus allowing for a snug connection between the two layers of plywood. 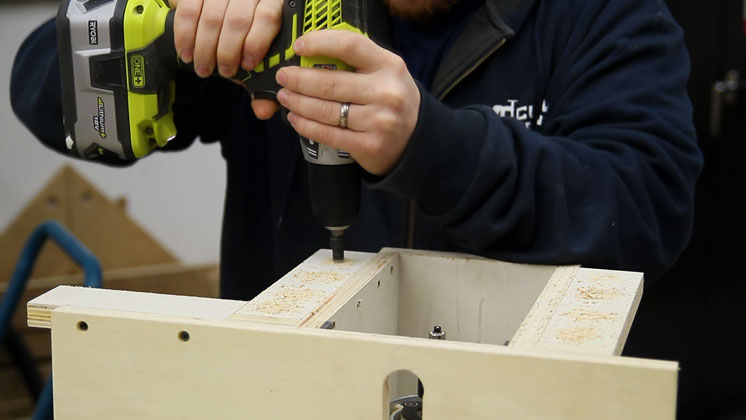 And mounting it to the bottom of the extension wing before it is installed. I made sure to line it up with the dimensions in the plan. 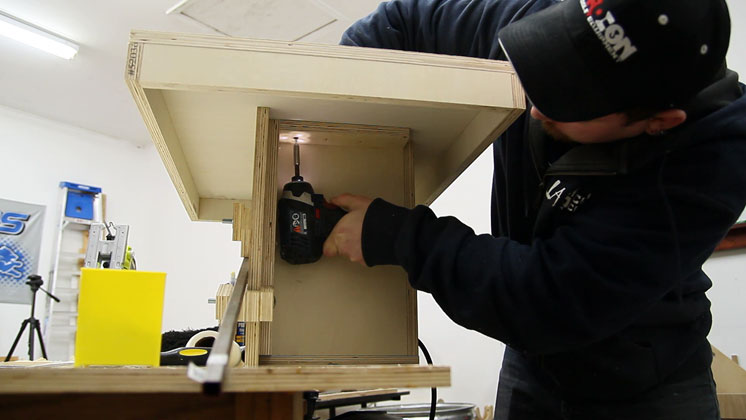 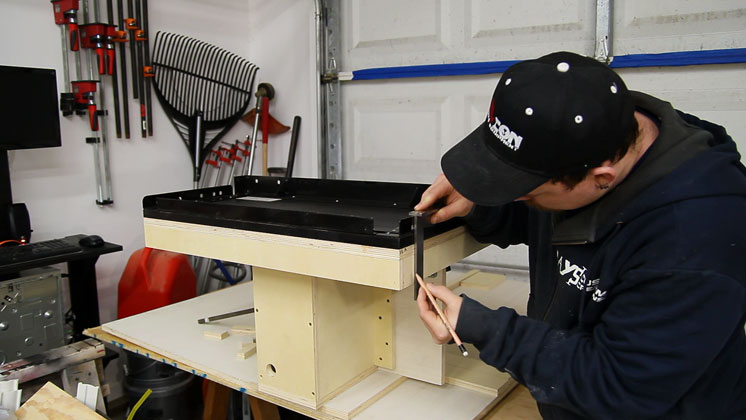 And drill the holes. I was actually able to use mounting holes that were much further away from the table saw than the previous wing which helped to evenly distribute the weight of the wing. 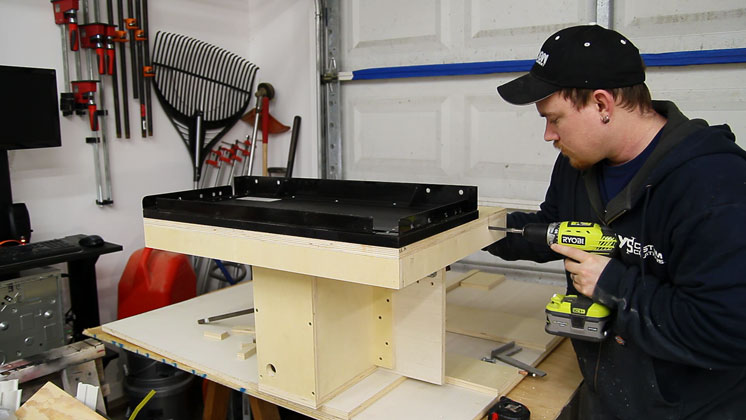 Time to install. I was quite pleased at how much of a snug, yet effortless fit it ended up being. 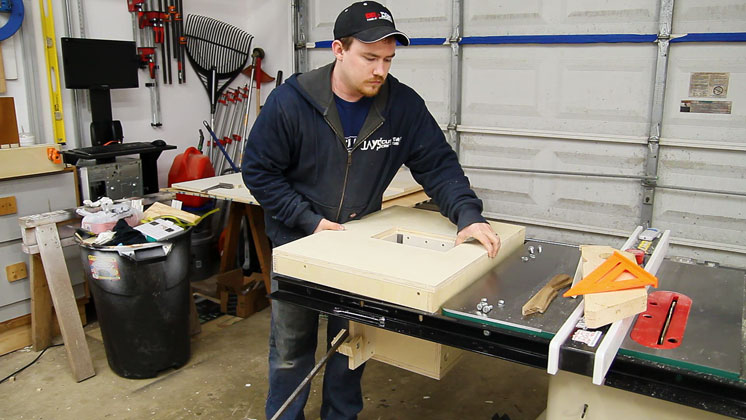 Of course the next step is leveling it to the table saw surface. I didn’t get too crazy with this step. So long as my cheap straight edge says they are coplanar then it’s good enough for me. 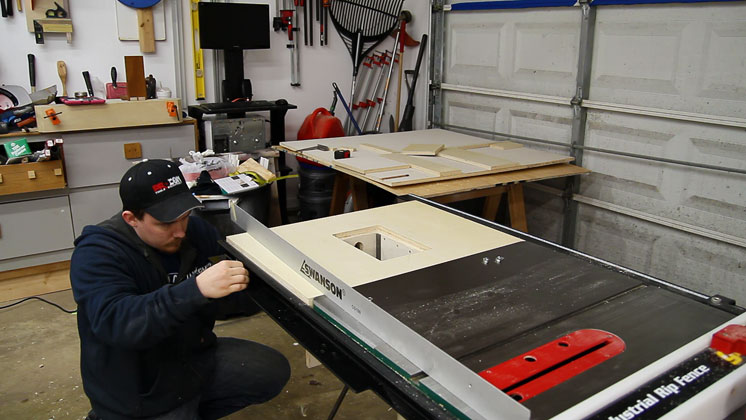 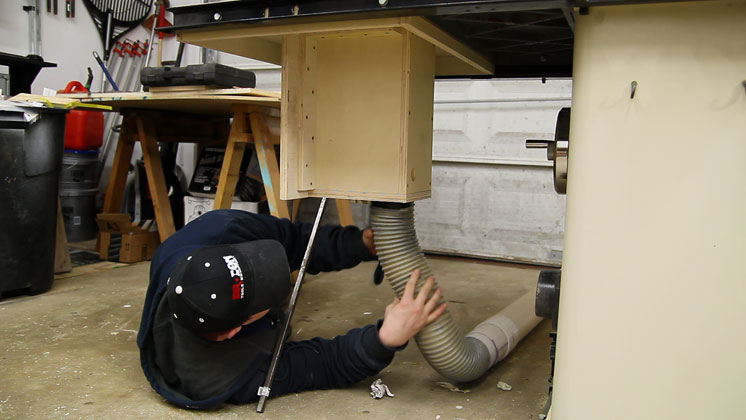 After a bit of sanding and filing to remove the corners on the insert plate it is fit into the hole. 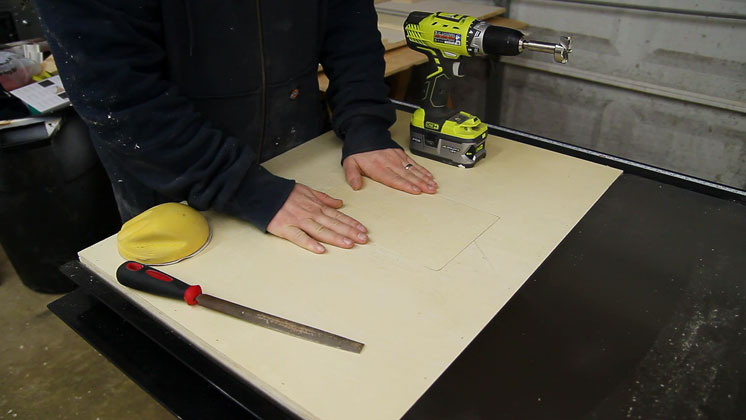 To precisely locate the center of the router bit I used a 1/4” brad point bit in the router collet. Then the insert plate can be lowered on top of the bit to form an indent right at the correct location. 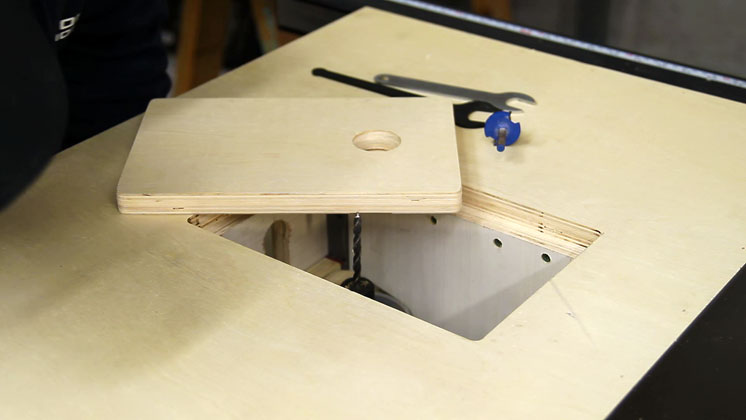 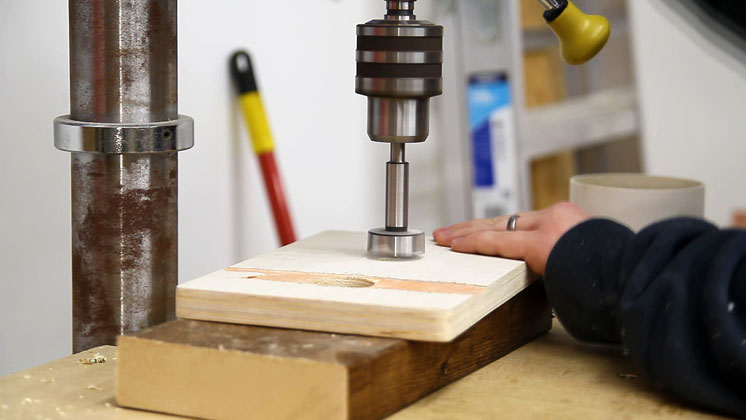 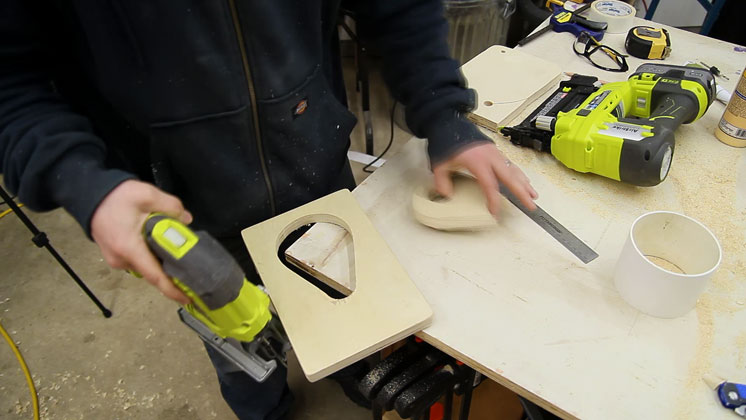 With the extension wing build and mounted and the insert plate fitting properly I had to call it quits for the day. I ran out of time and I knew the video was getting long. The router fence will be for another day. 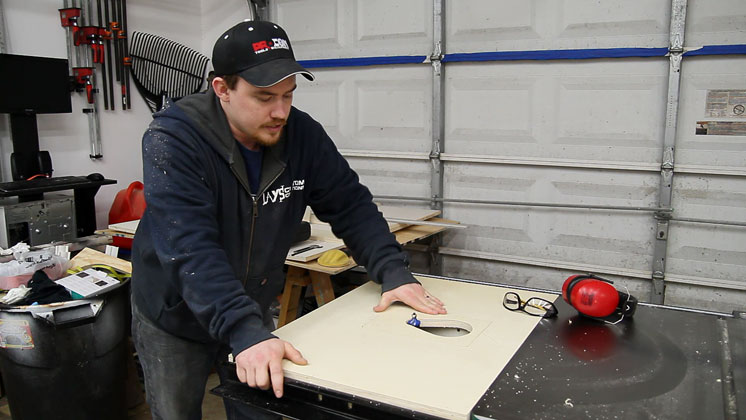 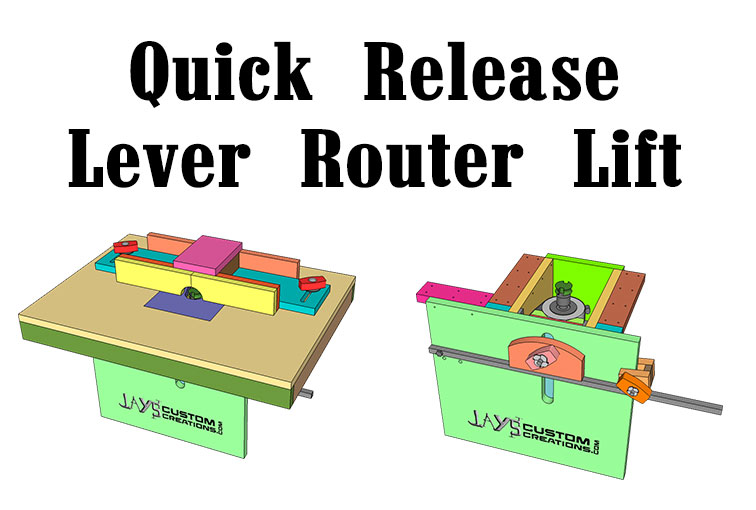