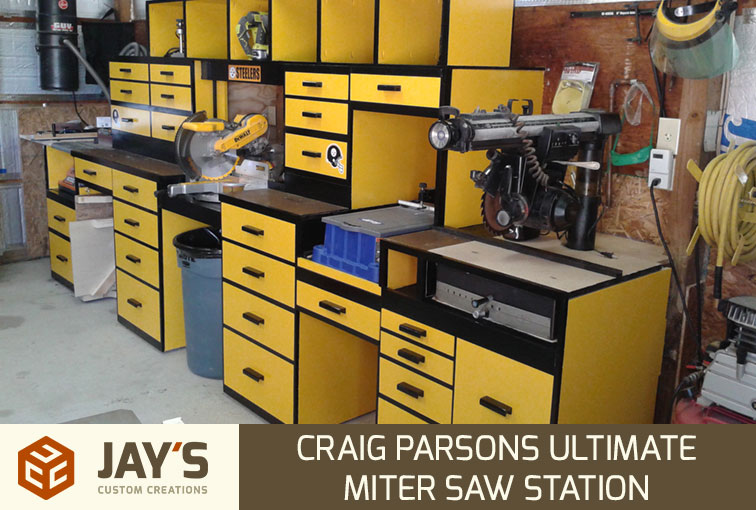 Recently Craig Parsons sent me some information and pictures for the miter saw station he built using my miter saw station plans. He modified it to fit his needs and his space. He did an awesome job on the entire project and really made it his own by making it Pittsburgh Steelers themed. I love it when people take a certain theme and make their work space THEIR space. Check it out and let him know what you think in the comments below!

Jay,
I was wanting to build a miter saw/workstation for some time. Your miter saw inspired me as I used your ideas (I wanted a lot of drawers) and changed things up a bit to put my personal touches on it.

While I was looking on the internet for ideas I would show my wife different photos and she said one day, “why do they all look the same?” I asked her what she meant?, they all shared a few things but they didn’t look the same. She said “they are all the same color so they look alike, it’s all just wood; people need to spice it up” That got me thinking and soon after that I saw your miter station build and I was off.

Here is some Photos: 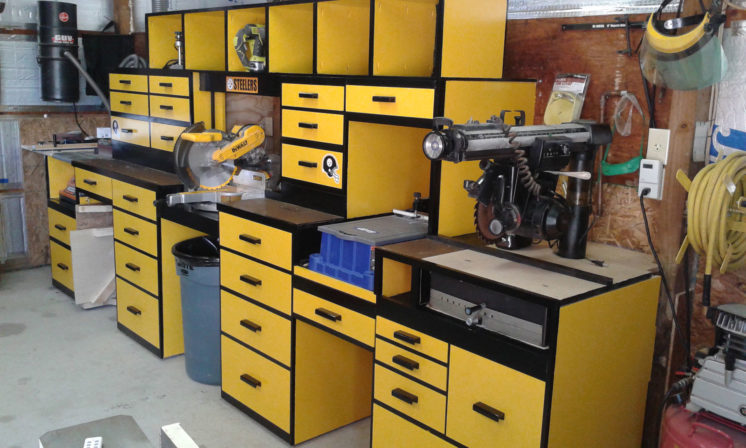 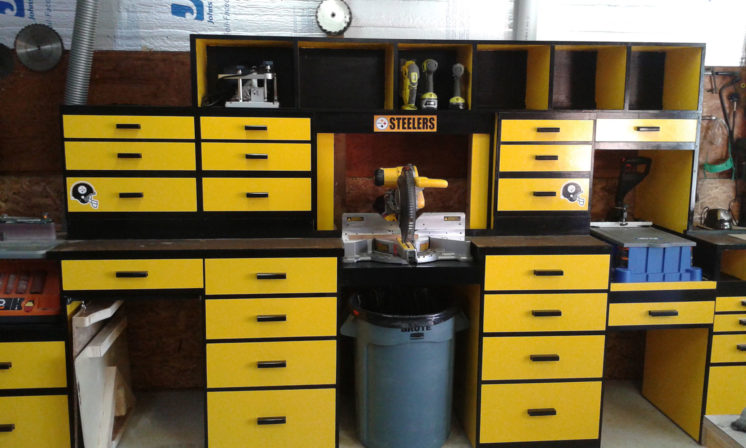 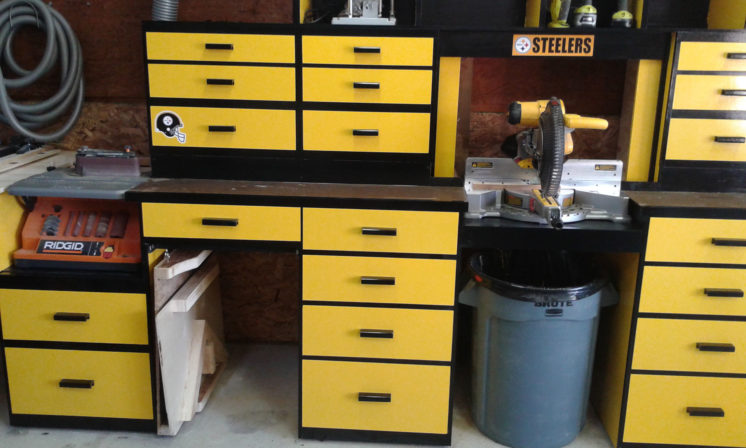 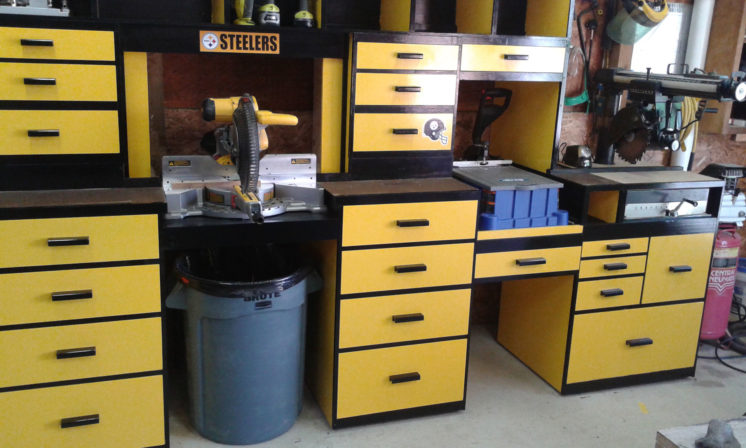 I used 3/4 inch pine plywood for the build as I knew the paint would cover up imperfections. I bought the plywood at a small local lumber store and it was the best plywood I have used for some time. I trimmed everything (the black pieces) with cherry. I wanted a harder wood and have plenty to spare. It is 16ft long and suspect higher than your build as I am 6’2″

The painting stretched this job much longer. I used Gloss Black enamel, and Glidden Porch and Floor Gloss Poly Enamel. I find the Poly enamel works great on wood that will be used and abused. Once it dries it has a rock hard finish. After a two week wait for the paint to set I followed up with a coat of Johnsons wax.

The notable changes I made was the number of draws is 27. Also made my own pulls (your router lift plans I purchased worked well for this) 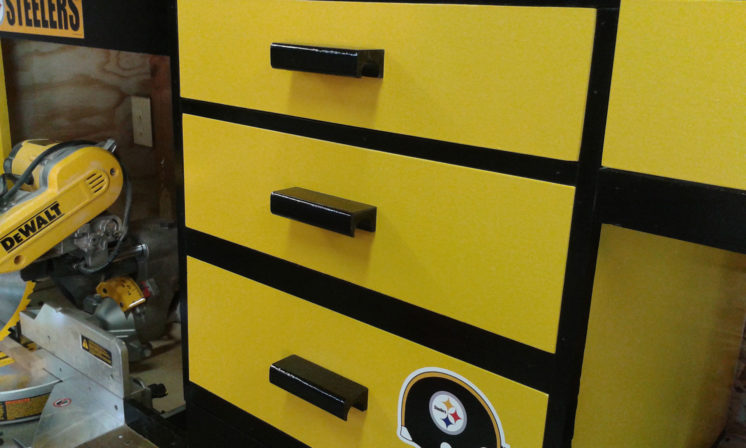 I have my Rigid Sander, Miter Saw, Kreg Foreman and Radial arm saw using the same bench and fence. I have the Foreman on it’s own drawer pulls so I can pull it out for large items. 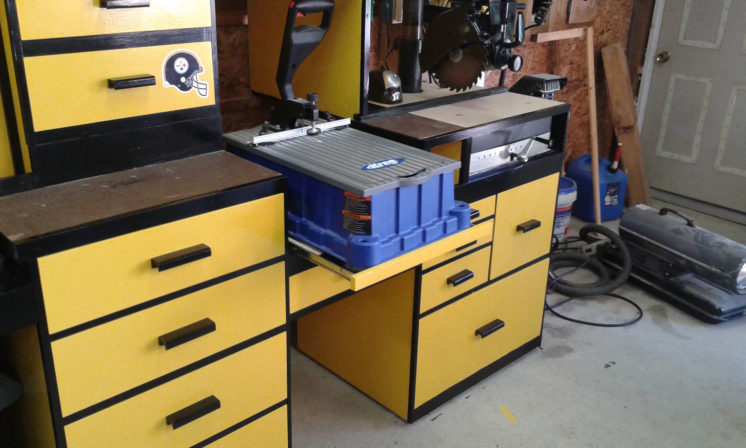 I made several drawers in the box under the RAS. 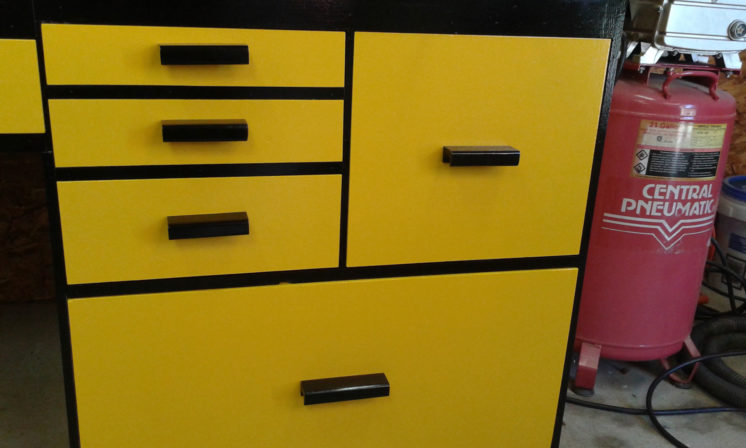 The notable drawer here is the top right. I find I needed a drawer to put my owners manuals and paperwork so I made it into a hanging file drawer. 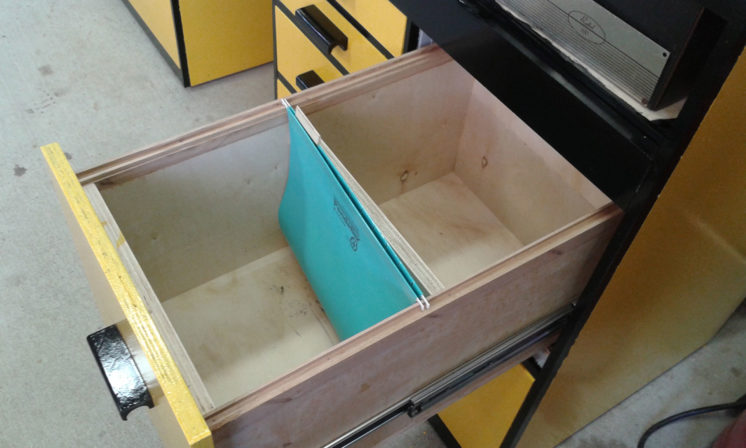 Another thing I think I am going to like after I finish populating it is storage for jigs for my table saw and other equipment. I used a drawer pull between drawer boxes and will use hooks to hang the jigs from. I can pull out the drawer for easy access to them. 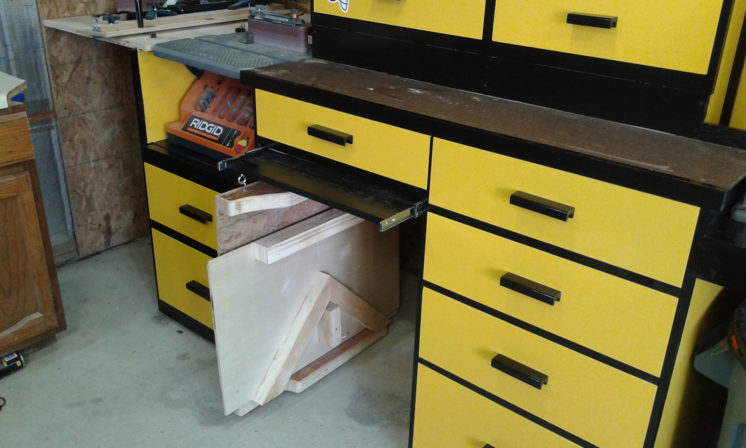 After I am all said and done I must say if I never build another drawer again it will be too soon. I plan to also add a stop block and I still have to decide on how to finish the left corner of the workstation.

UPDATE: Craig finished the far left side of his station. 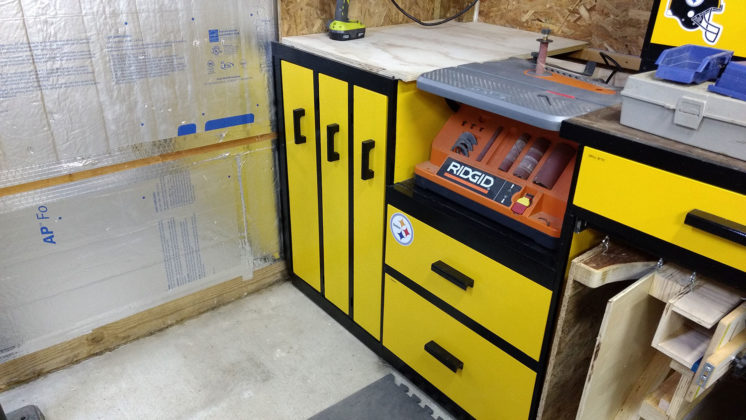 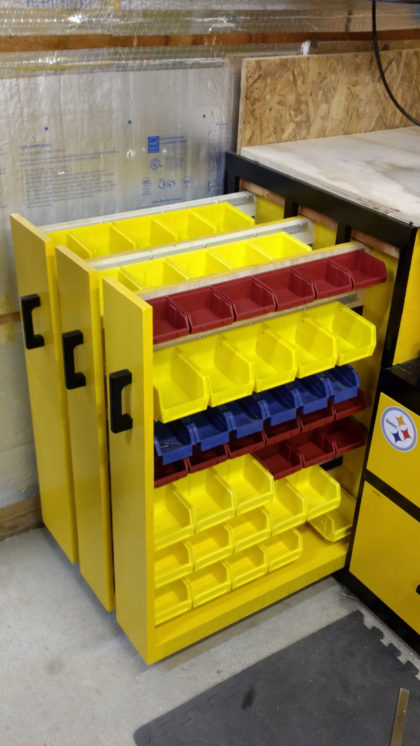 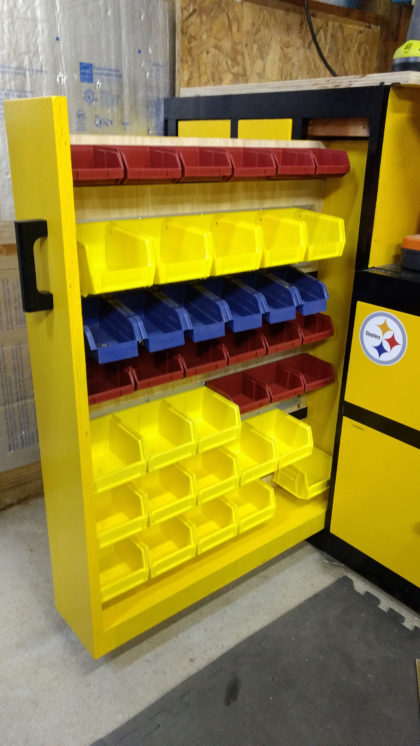