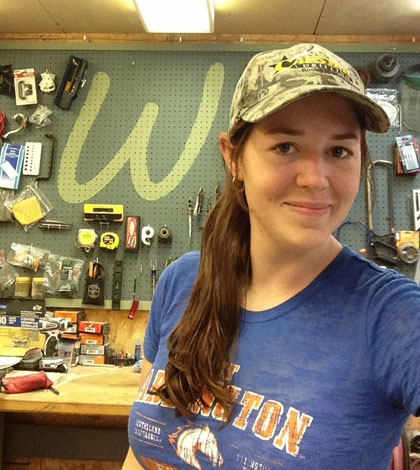 One of the cool things about creating online content is that you don’t have to have any pre-requisites or training. No experience in whatever it is that you are doing is necessary to start producing online content. A good example of that is from April Wilkerson. She started her online blog as a way to document her DIY journey and hopefully offer some inspiration and guidance. She has no formal training and learns as she goes. I asked April a few questions and here’s what she had to say:

How long have you been DIY-ing and why did you start?

I started DIYing in January of 2013. See I finally graduated college in December after going to school full time and working full time for four years, so all of a sudden I had free time. (Angels sing when I say that). There were several things that I wanted/needed around my house to make it either more organized or prettier, but since my husband was still in school we were only working off one income. No big deal, I had the time so I decided to borrow a few tools and try my hand at doing the things myself. After I started, it turned into an addiction and even though my husband is now working, I don’t want to buy anything. : ) I would much rather take the time and learn how to do it instead.

What made you start making free video content for your projects?

I have always taken the time to put together a tutorial because I was in a really frustrating position when I first started. I had the time to do my own projects, and a ton of motivation, but I simple didn’t know where to even begin. When I typed into Google “how to build a free standing pantry” (just an example) not a single tutorial came up. I know I’m not the only one to ever need to build a stand alone pantry, so it made no sense that there wasn’t any information available on the internet. I decided to put one together so that next time somebody else type “how to build a pantry” into Google, at least one tutorial will be there to be found. I’ve always kept my content free because it’s people who are in the same boat I was in, that I’m trying to help.

If you had unlimited resources and time what would you make?

Unlimited resources? Neat, I’d build a dream shop. Laid out the exact way I want it and everything being done with my own hands.

What advice would you give someone who wants to start creating instead of buying but has no clue where to start?

Having been in that exact boat just a little over a year ago, I think the best advice to give is to pick a single project and take it one step at a time. Of course, look for a tutorial first because it is becoming more popular to jot down steps, so they might get lucky and find one. However, if there isn’t one, just take it one step at a time and don’t worry about how long it takes to get it done. Speed will come with experience. Another piece of advice is to expect problems and just prepare yourself to deal with them instead of giving up. I haven’t had a single project yet that went exactly according to my plan.

I encourage you to check out April’s content and follow along with her journey. Be sure to subscribe to April’s YouTube channel and check out her website for all of her DIY content. Feedback is one of the greatest motivational things that will encourage any creator that you enjoy to continue to produce free content for you. It is incredibly rewarding hearing from viewers so if you really enjoy a video/project/or article of hers be sure to reach out to her and let her know! I’ve included a few of April’s videos to check out here on this page. You can also keep up with her Facebook page. Thanks for stopping by folks and have a great day! 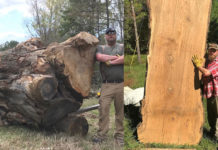 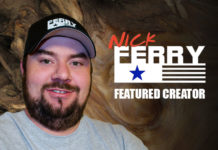