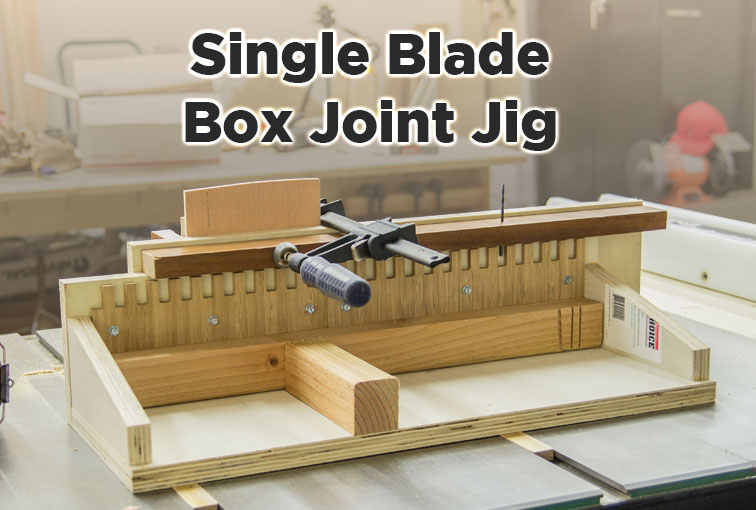 Box joints, or finger joints, are really strong joints. And they aren’t too complicated either. They are basically interlocking teeth that, typically, have the same size teeth as they do spacing in between. The depth of the teeth are sized to be about the same as the thickness of the material or slightly more than.

In the back of my head I’ve been wanting to make a box joint jig for a long time but due to the fact that I really didn’t have a project in mind to use box joints I didn’t actively pursue the idea of making one. Fast forward to last week. I stumbled upon Mario Cappellano’s box joint jig video and was instantly impressed by how simple the jig was. I was sold by his video on the jig so I decided to make one myself. For all the specific dimensions you can download Mario’s plans on his website here. I followed the plans but changed a few dimensions to better accommodate a future project that I have in mind.

The first step in any table saw jig is to mill a pair of miter slot runners. I pressed the easy button here and also tested the accuracy of my new CNC mill by cutting a pair of runners out of the last wide chunk of salvaged maple I had in the shop. You do not need a CNC machine to make this jig. To make things easy I just cut three small slots with the space in between measuring .750”. Then I could resaw the slots out on the table saw. 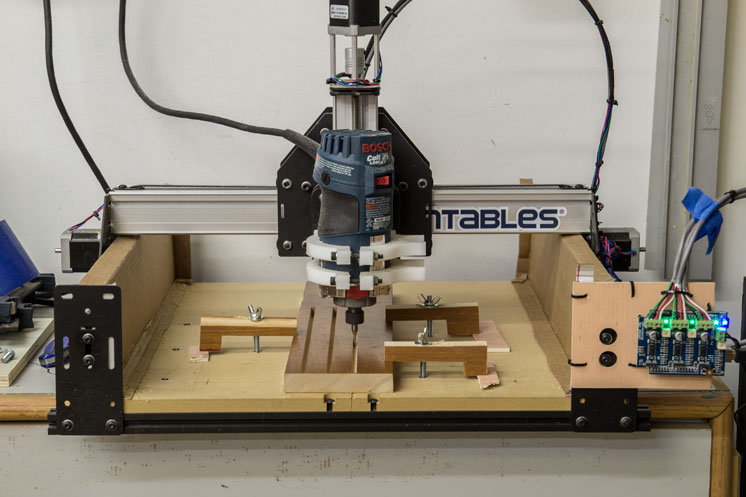 And the slots fit like a glove. I wasn’t able to actually measure the width of the runners because after spending a half hour looking for my digital calipers I ended up finding them bent into a V shape. Luckily they were just a cheap knock off brand and weren’t worth much. 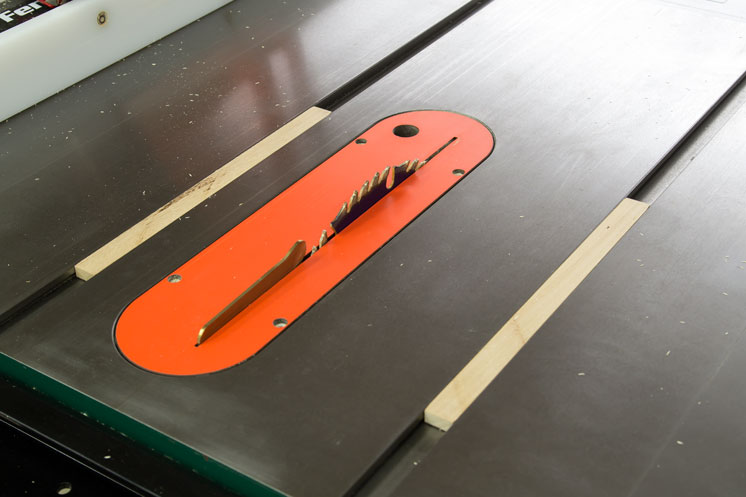 Then the base of the sled can be glued in place. I made mine a bit longer than what Mario’s plans call for. The reason being is that my first project with this jig will use panels that will be cut on their long side as opposed to the short side where box joints are typically cut. I used a square to make sure the front edge of the base was perpendicular to the fence as I glued it down. I let these sit for about 20 minutes. 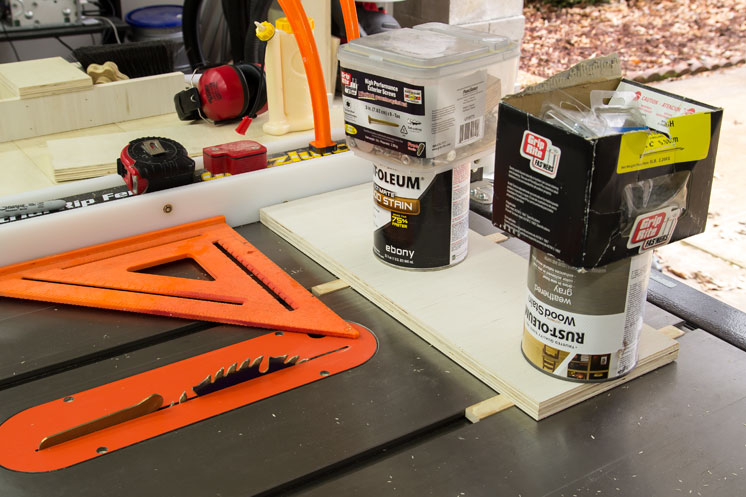 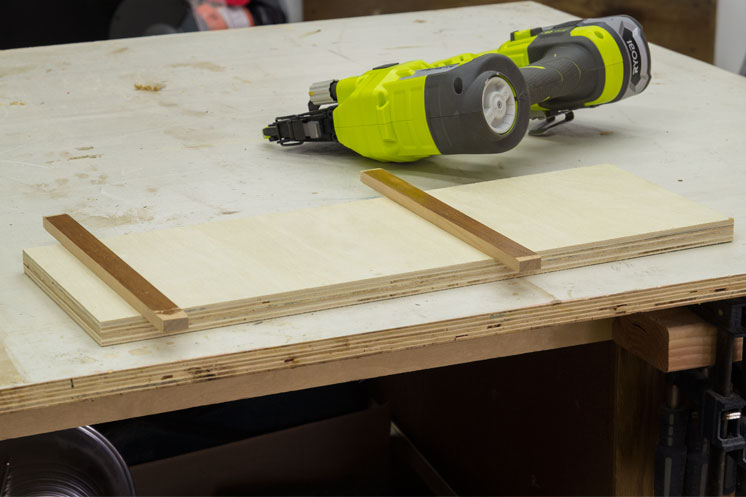 Next, the front panel of the jig is installed. I think I goofed up and installed it on the front of the base instead of on top of the base but in the end it worked out. 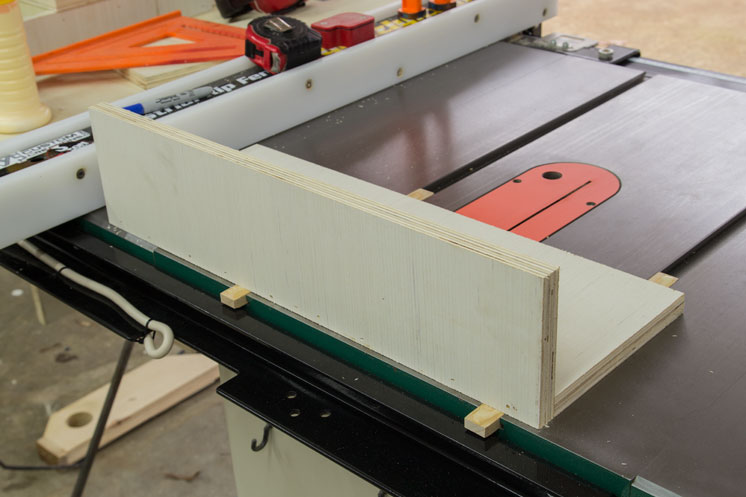 Sometimes being a wood hoarder pays off. These are the odd sized triangular cutoffs from when I made my shopvac cyclone cart. I literally almost threw these away a few days before making this project. I’m glad I didn’t though as they were nearly the perfect shape for bracing the front panel of the jig. 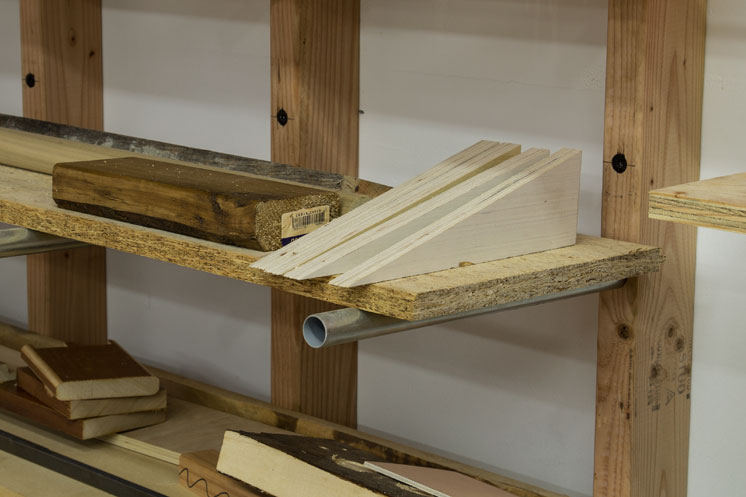 With them trimmed down a little bit at the miter saw I glued and tacked them on with a few 1-1/4” brad nails. The entire jig, minus the template I’m about to show, ended up being built from scrap wood and scrap birch plywood by the way. 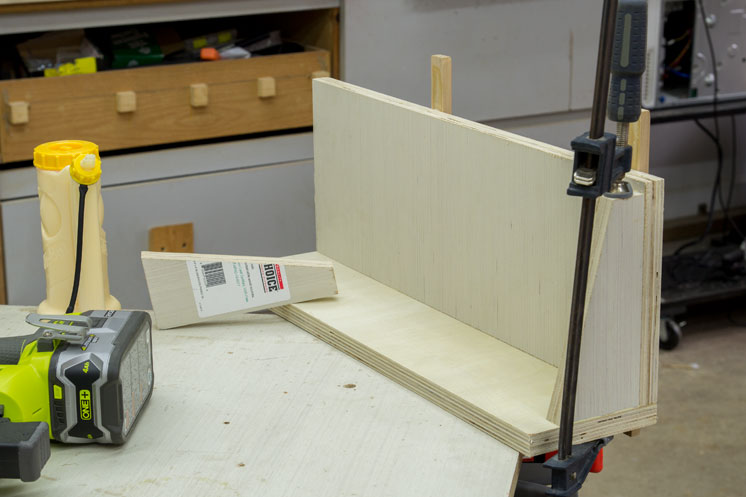 Next the template base and blade guard are glued in. I used some pieces of 2×4 that were already milled to 2×2 dimensions. Just make sure you don’t get any nails in the path of the blade. I think I actually used screws here though. 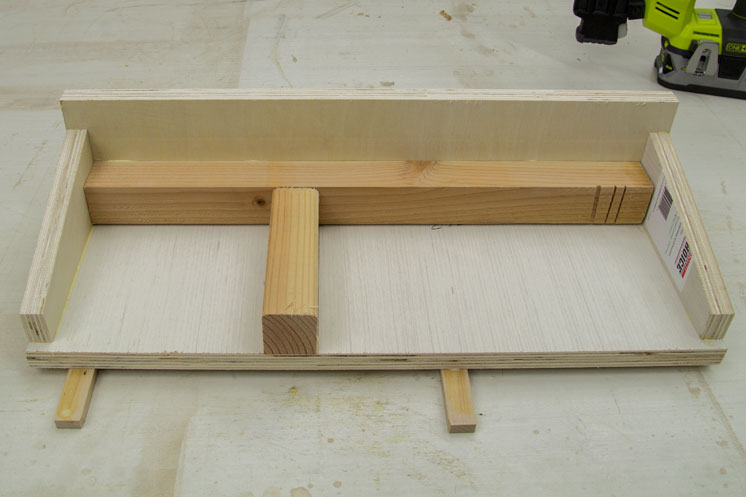 The floating carriage is super simple as well. It’s just a taller piece of ply with a small shelf attached to the back side to slide the carriage along. I used a thinner piece of the same maple scrap from earlier. A few screws and glue secured it in place. 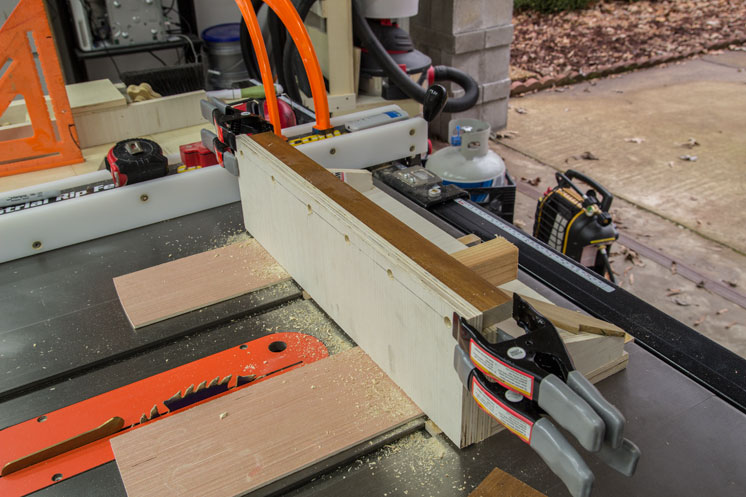 The carriage indexes a tooth template to determine where to cut and where not to cut. Mario used a stack of same thickness material for his templates which worked great for him. I have access to a CNC machine so I used it to cut a perfect template for 3/8” teeth and spacing. Just to clarify, you don’t need a CNC to make a template for this box joint jig. I’ve got one, so I used it. The material I used was some bamboo flooring samples Eric Penewell sent me last week. Thanks again!! 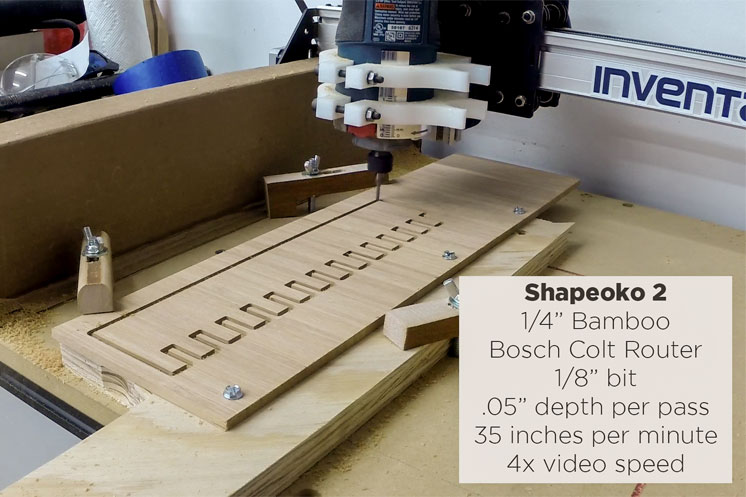 You wouldn’t normally need to make a template this long but like I said the project I want to make with this will have the box joints along the long edge of the material so a longer template is needed. This was actually two templates screwed down side by side. 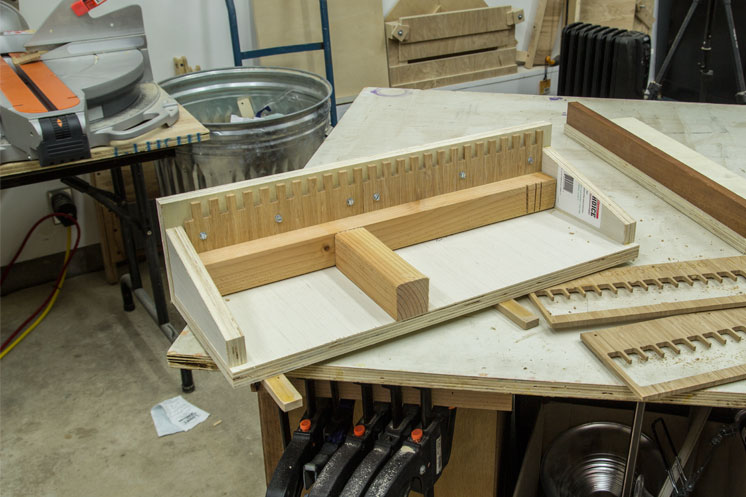 Here you can see a how the jig will work with a single blade. The key is finding a pin that is the exact width of your table saw blade. This finish nail was the first thing I tried. It fit snug into a saw kerf but ended up producing too lose of a joint. After trying several different pins I finally found a 7/64” drill bit that worked great. The carriage slides freely left to right and the pin is a representation of the saw blade. This allows the exact distance between teeth on the template to be cut with the single blade. This is one of those “why didn’t I think of this” concepts. Great thinking Mario! 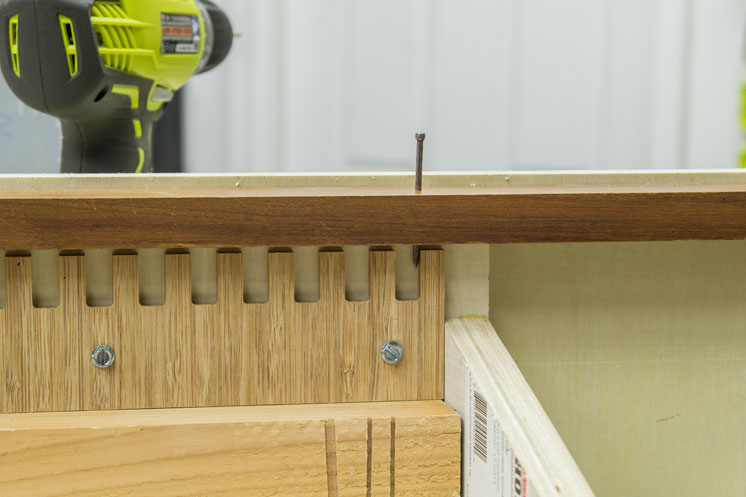 The final test run with the proper pin resulted in a joint that is easily assembled and adjusted yet tight enough to remain together against gravity. 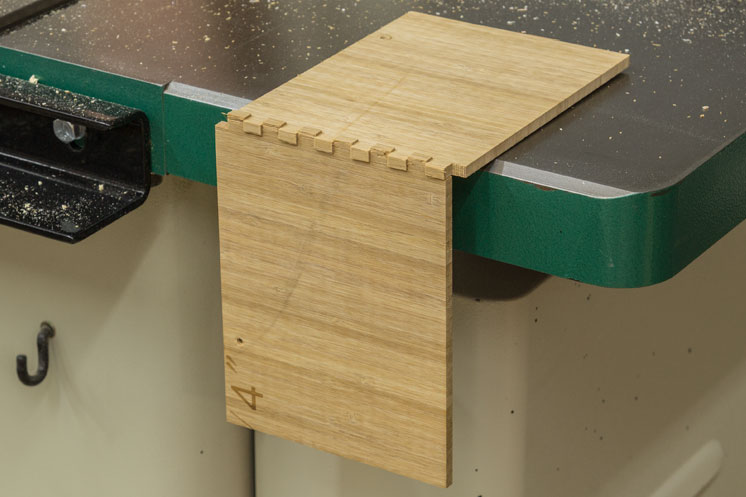 Mario’s plan also calls for a stop block to be installed just to the left of the blade kerf to act as a reference point to align the material. Note that If you are cutting both sides of the joint at the same time you want to offset one of the pieces by one tooth distance before you cut. I didn’t in my test pieces as it’s just a test piece. I did, however, use a scrap piece of 5mm hardwood plywood as a backer board to prevent tearout. 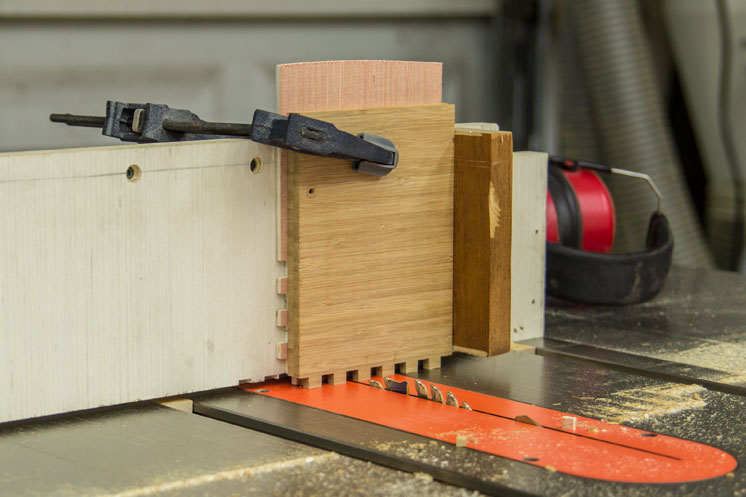 This is what the back of the jig looks like in action. 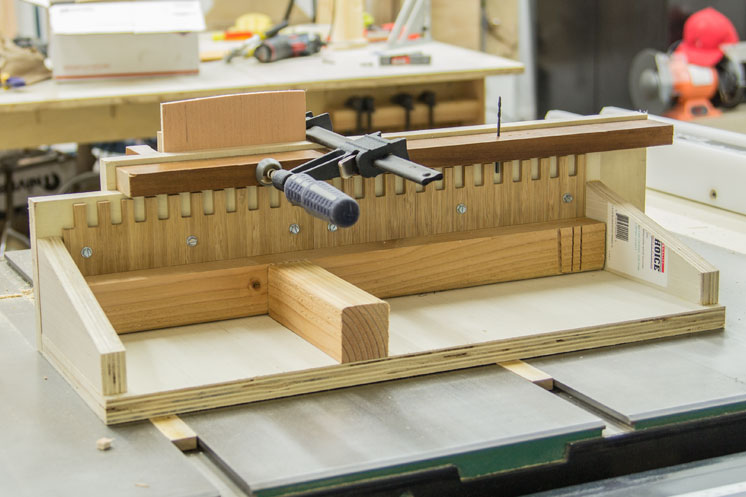 And here’s what the glued up test joint loos like. I glued the joint together and really didn’t wait long enough for it to cure before I cleaned it up with a low angle block plane. It cleaned up pretty well especially considering that the glue wasn’t fully cured. What ultimately matters though is that I now have a super easy to use box joint jig that requires no setup time and no blade switching. 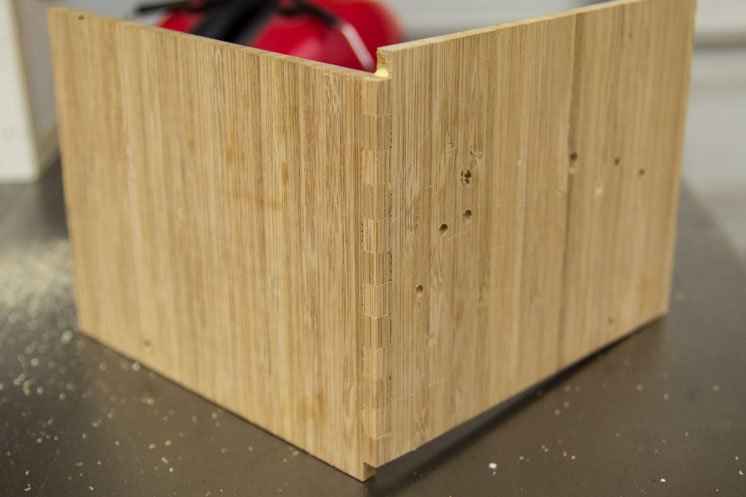 Thanks again to Mario for not only designing but also sharing his free plan for this jig. For all the dimensions and specifics be sure to stop by Mario’s website to download his plan. While you’re there be sure to tell him thanks for the idea and plan! If you liked this project and want to see more stuff like it be sure to sign up for one of my email newsletters so you never miss a new article. Take care folks and I’ll see you in a couple days!