Building my current miter saw station is hands down the best thing I have done for the three shop spaces I’ve worked in. Even though the name implies that it’s main purpose is for the miter saw it’s not in this case. Yes, my main objective when I built it was to have a dedicated station for my miter saw but as it turns out the greatest benefit from the whole station has been the increased storage and organization it has brought to my shop. It has 20 full extension drawers of various sizes that sure have been a pleasure to use. But there’s always room for improvement.

A few months ago I bought a Festool Domino machine and to test it out and get familiar with it I decided to make two plywood trays for my most commonly used drawer. There was two purposes for making them though. To get familiar with the tool and also to see how well I liked using sliding trays in my drawers. A few months later I can say that the trays are a great addition so I’d like to make four more for other drawers.

With anything I make these days my planning stages are all worked out in SketchUp. I am much more efficient in the shop and make less mistakes when I first plan out all of my cuts in SketchUp. I made a video on this cutlist/layout process for those who are interested in the process. 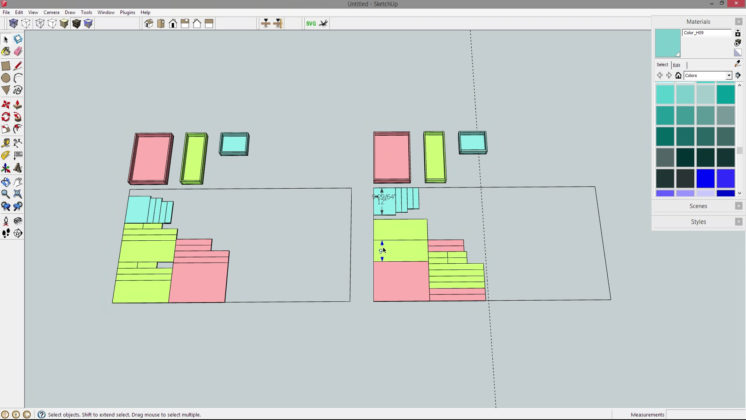 The SketchUp layout indicated that 45-3/8” of a full sheet of plywood would be needed. My table saw has the rip capacity to handle a full sheet but I find it much easier to make the first cut with a circular saw and then take the smaller, much more manageable piece to the table saw. The plywood I’m using for this is PureBond hardwood plywood. I’ve had great results with it and it’s the best plywood I can find without spending $50 for a sheet. Plus it’s formaldehyde free and made in the USA which are two things I really like. 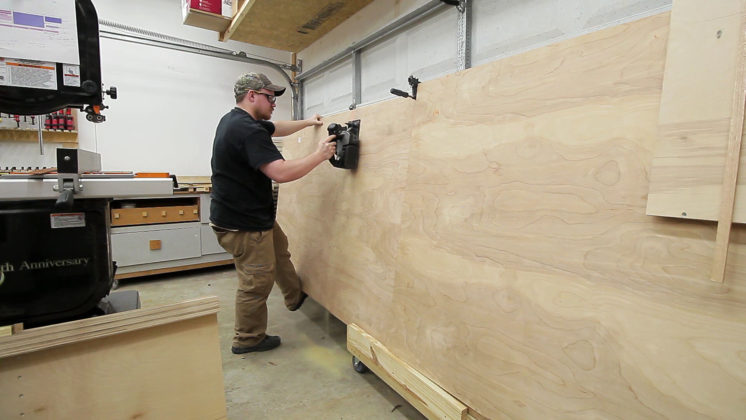 Now the much more manageable piece can be brought to the table saw. The first two cuts are to establish two strips at the same width as the most common dimension in the parts layout. Organizing your parts on the layout diagram so that the most common dimension can be cut with the fewest cuts on the table saw will increase part consistency as well as reduce cutting time. 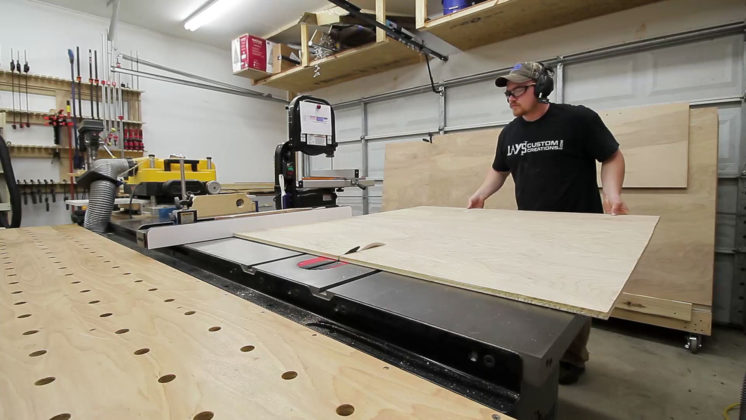 The larger tray bottoms are cut next. Largest to smallest. This reduces table saw fence setup time as you aren’t constantly moving the fence back and forth changing between common dimensions. After all the tray bottoms the side pieces are batched out. 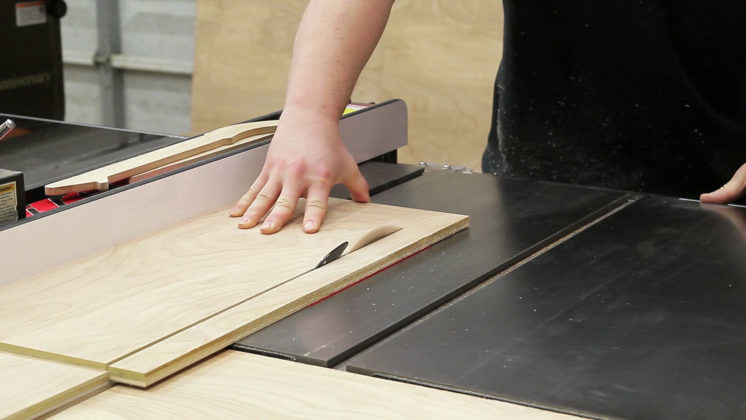 For the trays themselves I went with a really simple construction. Glue and brad nails only. Perfectly acceptable for this application. I’m not trying to win a beauty or craftsmanship award with these. They just need to do the job structurally. I started with attaching the long sides. 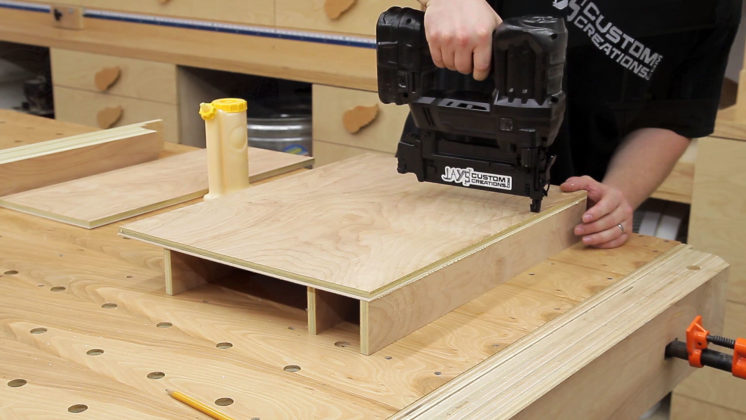 When I cut out all of my side pieces I cut a few extra strips that needed to be cut down for the front and back pieces. I used my table saw sled for this. I typically prefer a one sided cutoff sled for this but the one I have for this saw has developed a bit more slop in the miter slots than what I am comfortable with. Probably due to the fact that I made that sled when it was super humid and I kept the garage door open all the time. Since then I haven’t opened the garage door much and have installed a AC unit to control the heat. The sled runner probably shrunk as it dried out a little in the shop. 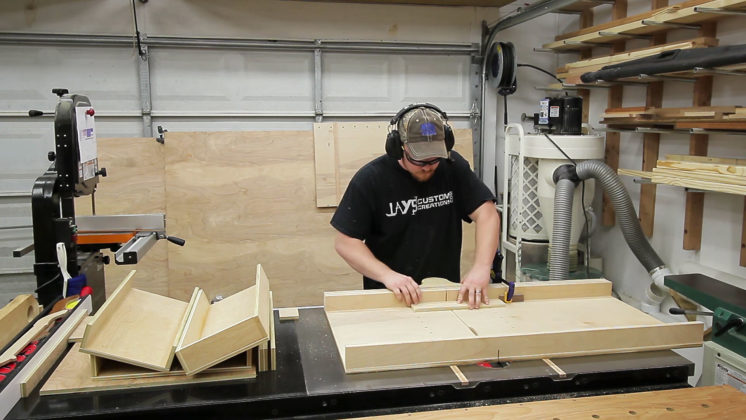 The resulting smaller pieces are glued and nailed as well. Nothing fancy….other than that beautiful Detroit Lions clock in the background. That’s pretty fancy. 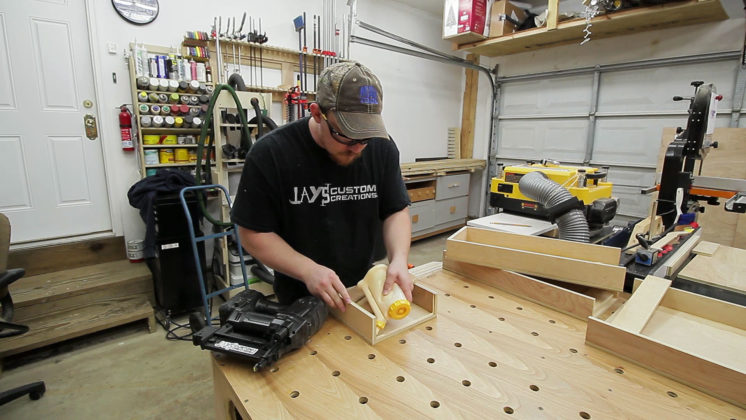 A pair of 3/4” plywood runners get nailed to the inside of the drawers. No glue. This gave me an opportunity to get rid of a little more scrap plywood that has been accumulating. 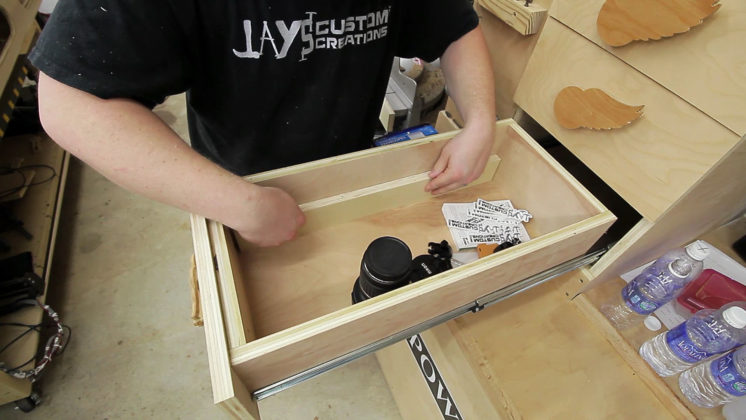 And the first tray is in. I sized these so that there would be an even amount of height in the tray as there is below the tray. The trays obviously give the benefit of another layer of storage but what I like about them the most is you can fill it with items that are commonly used together and when the time comes to use those items you can bring the entire tray to the work area. 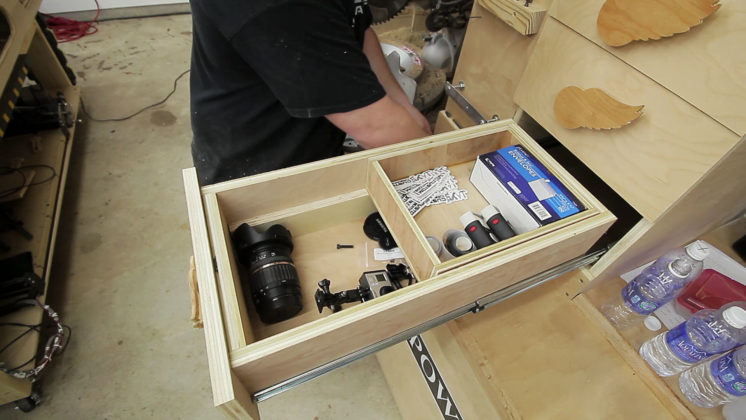 The largest improvement was made in my router drawer. All of the bits and wrenches on top and accessories below. The bits can be organized even further by removing them from their original holders and making a bit board to hold them all. I might do that at a later date. 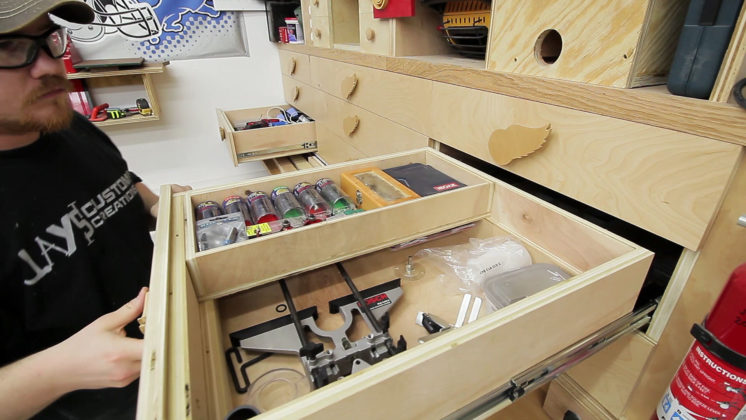 So this obviously isn’t a home run “WOW” project but you can definitely file it one under the quick win column. It didn’t take long at all to complete, used less than a half sheet of 1/2” plywood and some 3/4” plywood scraps, was incredibly easy, and was another step in the direction of greater efficiency. It’s little steps and improvements like these that add up to make a big difference. 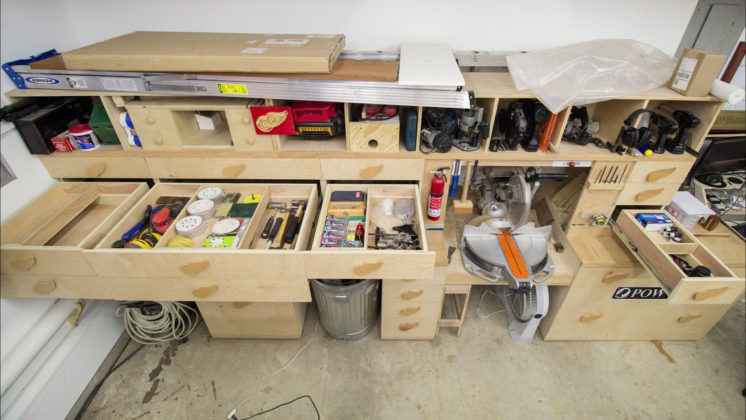