Recently I made a pair of bathroom vanities for a relative. They were a budget friendly build made from pine to go in her new-to-her home. It’s an older home that they are renovating on a budget. I refereed to those vanities as “ Phase 1” because there was more work to be done.

“Phase 2” was to make replacement cabinet doors for her kitchen and laundry area. These doors were to be made with the same style as the vanity cabinet doors I had made previously. And those doors were built with tongue and groove construction using my table saw. They were actually my first real attempt at tongue and groove joinery and they turned out great. The concept is simple and after you understand how it is accomplished the only thing left to do is to get some experience with it. It’s definitely one of those things that after you do it once you’re a pro at it. I think so anyway. To make the math easy I make the tongue and groove 1/2” deep. A free downloadable size guide and walk through for any size cabinet you are working with is available at the end of this article.

I often get asked “what’s the secret to keep your pine boards from warping?” Well, there is no secret. Wood moves….period. So, just like any other type of wood, spending time picking out the right boards is THE BEST thing you can do to prevent pine from warping. I only work with kiln dried pine and spend quite a bit of time looking for good boards. Boards with fewer knots and the straightest grain. If I can’t find any decent boards then I know the wood will generally cup and warp more so than I’m used to. So on with these kitchen doors. As I stated previously, this was a definite budget build so I used pine 1×6 boards for my stock to work with. The first thing to do is cut them to length at the miter saw. 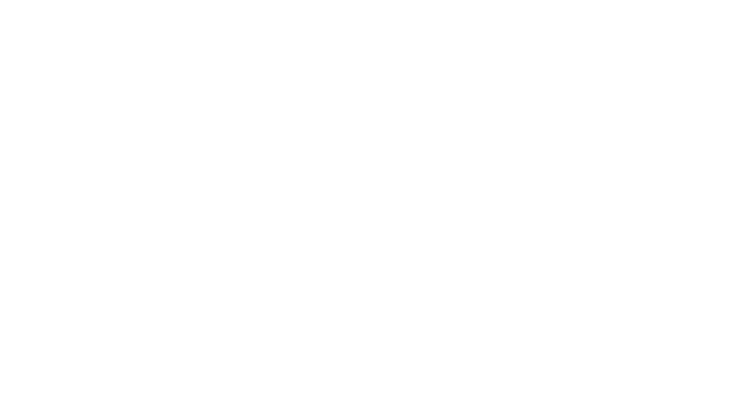 The halves can then ripped to their final 2-1/2” width. Before the groove is cut into the rails and styles is a good idea to pre-finish your plywood panels (if using plywood). This will not only ensure you get 100% coverage of your stain and finish on the panel but it will also give you a final thickness of the panel to reference from to get a snug fit when cutting the grooves on all the pieces.

ALL of the rails and styles will get a groove on one side only. A router in a router table (or a shaper) is probably the most common tool for cutting cabinet door joinery as you can achieve a wide variety of profiles but it can also get a little expensive. These doors were going to be pretty plain and simple so there wasn’t a need to use the router. I used the table saw instead for all of the joinery. If using a regular table saw blade for the grooves like I am then the process will be completed in two setups. To cut the groove I set the fence so that the blade was close to the center of my material but offset to the outside. Run every board through two times flipping the piece 180 degrees between each pass. This will create a perfectly centered groove on all of your pieces but due to the size of the regular table saw blade it won’t fit the 1/4” plywood just yet.

With every board having a thin groove now you can adjust the fence to get the final size of the groove that will accept the plywood panels. It’s best to use a test piece at this point to fine tune the fence spacing until you get an appropriate size groove. That way you don’t accidentally cut one of your pieces with a groove that is too large.

If the plywood panel is too lose in the groove it will rattle and sound bad when the door is closed. If the plywood panel is too tight in the groove it will push the walls of the groove out causing the joinery to not fit properly. I aim for a slip fit that doesn’t need to be forced on but will hold itself up against gravity. Once the desired fence position is found all of the pieces need to be ran through to cut the final width of the groove. Again, two passes per board and rotating the piece 180 degrees between passes to center the groove.

All of the rails and styles received a groove. Only the rails receive the tongue. Technically speaking, the tongue can be cut with a regular table saw blade as well just by moving the piece multiple times to remove material but I chose to use my cheap-o dado stack as it will hog out all of the material in one pass. I’m using a $50 Advanti Pro dado set from Home Depot. It’s got a huge amount of horrible ratings but it’s worked just fine for me for the past 2 years. It’s the only dado stack I own. The distance from the fence or stop block to the outside face of the dado stack or table saw blade should be exactly the same or slightly less than the depth of your groove. Set the depth of the blade to be slightly less than you think it needs to be. Using a scrap piece of the same material run the piece through, flip the piece top to bottom, and cut the other side of the tongue. At this point it shouldn’t fit in your groove.

Still using the scrap piece, slightly raise the blade and make both passes again until the tongue is a perfect fit into the groove. A perfect fit to me is where the tongue is easily slid into the groove but will hold itself up against gravity. If it’s too tight it will push the walls of the groove out causing a less than perfect glue joint. Once the perfect height of the blade is found cut both ends of all of your rails.

I like to cut my panels 1/8” less in both directions than the available space for the panel.

Because the doors are already dry assembled I just remove one style and slide the panel in place. Then each rail can be removed to apply glue to the tongue of the joint only. And they can be pushed back into place.

Glue is then applied to the other ends of the rails on their tongues only. To save time I used a cheap chip brush to paint on the glue. It worked very well and because the glue I was using is cleaned up with water I was able to save the brush by just rinsing it out.

And finally the other style can be slipped back on. Again, because everything was already dry assembled this process should go without any hickups. Use a clamp on each end of the door and let it sit for a half hour or so in the clamps.

I used Minwax Early American oil stain on these doors.

For the protective finish I used Varthane No Odor Water Based Crystal Clear Polyurethane Floor Finish (that’s a mouth full) and sprayed it with my cheap Harbor Freight HVLP gravity fed gun. I also get asked a lot of questions on my finishing setup. It’s pretty basic and I’ll probably cover it in one of my future vlog videos.

So in the end this project consisted of 21 cabinet doors with six different sizes and four new drawer fronts. A lot of money was saved by using pine but I think they turned out alright.

I currently do not have any before and after pics but when I get them I’ll be sure to post them on my Facebook page. I also have a free PDF size guide and general walk through for you to download if you are interested. Although this plan is free to you remember that it isn’t free to produce. If you would like to show your thanks please consider using the donate button at the bottom of this page. If you liked this project and found it useful please share it so others can do so as well. Thanks for stopping by folks and have a great day!

Much more than a box.. (dovetailed memorial box)

We keep your data private. Your email address will not be shared. Read our Privacy Policy.
© 2013-2019 Jays Custom Creations LLC